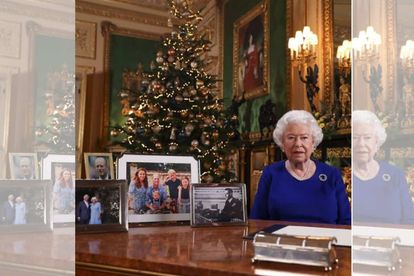 Prince George will reportedly be included in the Queen’s speech this year, which always airs on Christmas Day.

USA Today also said that “video footage of the pudding preparations also was recorded to be broadcast on the afternoon of Christmas Day during the Queen’s annual Christmas speech to the nation”.

It is also said that Prince George will make his royal ‘Christmas march’ debut on Christmas day.

This Christmas, Queen Elizabeth will carry on the tradition she started in 1957, addressing the nation with a special holiday broadcast reflecting on the year and the royal milestones of 2019.

The royal family’s Instagram account said that the broadcast was filmed in the Green Drawing Room at Windsor Castle.

The Queen’s speech will be broadcast at about 17:00 (SAST) on Christmas Day.

The Royal British Legion’s ‘Together at Christmas’ initiative

The puddings will become the centrepieces of 2020’s “Together at Christmas” get-togethers hosted by the charity.

The charity launched their new community, in the hope they can provide extra support to the Armed Forces community at annual festive get-togethers in the UK and abroad.

The events will start in 2020 and will be hosted at high street locations, care homes, and other locations across the country. It is hoped that they will provide a sense of community and companionship to help combat the loneliness and isolation experienced by some members of the Armed Forces community over festive periods.