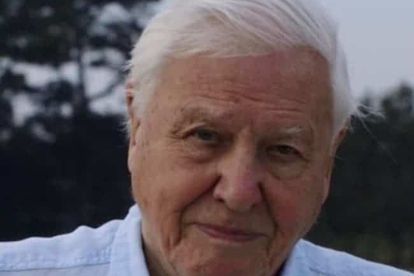 To become an instant social media celebrity it helps to be young, vibey, sexy and have a hot body and an airhead. Right?

Probably. But celebrated naturalist and TV host David Attenborough has just turned that idea on its head. He’s (very) elderly, grey, has no trace of a hot bod, and is about as far from an airhead as you can get.

One million followers in four hours

Yet he’s just beaten the record set by Jennifer Aniston – everyone’s favourite actress and notably better looking than Sir David – for the shortest time to reach 1-million followers on Instagram.

Attenborough, now a sprightly 94 years of age, joined the social media platform on Thursday and within four hours had hit one million followers.

This has earned him a place in the famed Guinness Book of Records and, in doing so, he edged out the lovely Jen’s record by quite some margin.

When Aniston joined Instagram last year it took her a comparatively pedestrian five hours and 16 minutes to hit her first million followers.

At the time of writing Sir David was sitting at 3.9-million followers – not bad for three days and three posts.

Aniston now has 35.7-million followers. But, given her head start, who can say Attenborough won’t get there too?

Attenborough didn’t join Instagram to share family recipes or holiday snaps of the grandchildren. His aim is to warn of climate change and raise awareness of the climate emergency.

“As we all know, the world is in trouble,” he said in his first Instagram video, which has had more than 15.6-million views.

“Continents are on fire, glaciers are melting, coral reefs are dying, fish are disappearing from our oceans. The list goes on and on.”