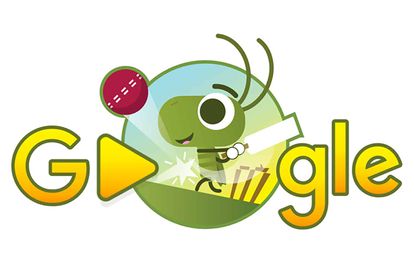 Gather round, we have good news! Google announced on 27 April 2020 that it would be reviving it’s most popular Google Doodle Games to keep the lockdown boredom away. Keep reading to find out how to play. The company said in a statement:

“As people around the world stay home, we’re launching a throwback #GoogleDoodle series looking back at some of our fan favourites”.

For the next two weeks, everybody’s favourite search giant will be featuring some of the most popular logo games on its homepage. The event kicked off with popular 2017 game, Coding for Carrots.

Over the next few days, Google will be releasing one popular Google Doodle game per day; and the list also includes Pac-Man, Rubik’s Cube and CrickHIT.

Popular Google Doodle games: What you need to know

What is a Google Doodle game?

First up, what is a Google Doodle game, you ask? Google describes it as a “temporary alteration of the logo on Google’s homepage to mark a special occasion.

Moreover, the first-ever Google Doodle was designed in 1998 by Larry Page and Sergey Brin. The doodle was created to honour The Burning Man event in Black Rock City, Nevada.

Since then, Google Doodles were created consistently – by a team of people called Doodlers – to mark historical events. By 2019, the team created more than 4 000 doodles.

The Google Doodle revival kicked off with a 2017 fan-favourite, Coding for Carrots; which was developed by the Massachusetts Institute of Technology to celebrate the 50-year anniversary of programming languages.

The game also involves using a series of codes or instructions to help the bunny get the carrots. However, players advance by helping the bunny collect carrots by using coding techniques to connect blocks of computer code.

“With today’s Doodle – the first coding Doodle ever – we celebrate fifty years of coding languages for kids by “Coding for Carrots.” In the interactive Doodle, you program and help a furry friend across six levels in a quest to gather its favourite food by snapping together coding blocks based on the Scratch programming language for kids“.

That brings us to today’s popular Google Doodle game, CrickHIT. The game was created to celebrate the ICC 2017 Cricket Women’s World Cup in June 2017. The Doodlers explain:

“We know that cricket is loved worldwide, so we wanted to make sure our Doodle works for everyone, including those on slower mobile networks. Moreover, we kept the file size fly-sized, and the result is our smallest interactive Doodle ever — even snail networks can load it in seconds”.

In addition, it was Google Doodle’s smallest interactive Doodle ever. The team made it mini on purpose so that everyone could enjoy the game; even those playing or slower mobile connections.

But enough chit chat; to play CrickHIT, simply follow this link and press the big orange play button next to the G in Google.