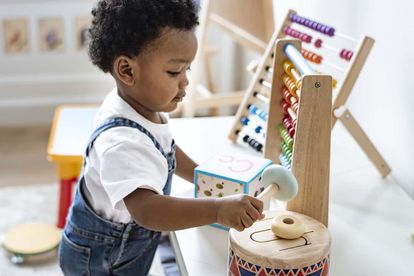 Thato Mamabolo is following in her mother’s footsteps and is even partnering with her in business. Her mother, a former teacher, owned crèches and assisted locals to establish Early Childhood Development (ECD) centres.

Today, Mamabolo, in her late 30s, from Flora Park in Polokwane, is doing the very same thing — caring about the future of South Africa’s children.

She explained, “My mother owns a creche as well as a training institution for preschool school teachers. She has also been very instrumental in the establishment of many creches in and around Mankweng.”

She said her mother is a former teacher turned Early Childhood Development specialist.

“I could say at first it was something I had to do, then gradually I grew passionate about it. I then proceeded to study Early Childhood Development and I love every minute of it,” she said.

Mamabolo wants people to know that there’s so much one can do in Early Childhood Development. You can teach pre-school teachers, specialise in children stimulation programmes, run an ECD centre, teach at a primary school.

“One can also run home schooling programmes for kids. So there’s so much you can do. You can even go further and study towards social work or even child psychology,” she added.

She said apart from this business, she advocates for children and lectures at various institutions including doing consultation in Early Child Development for companies needing her expertise, coaching and mentoring.

Mamabolo is also a motivational speaker for single mothers and assists with project assessment, moderation and funding proposal writing.