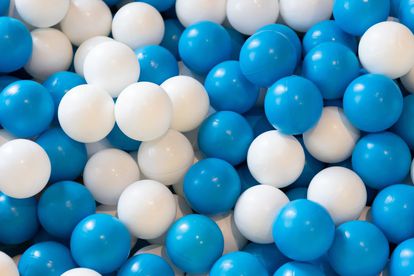 What mothers in Soweto said about playtime activities for toddlers: Image: Adobe stock

What mothers in Soweto said about playtime activities for toddlers: Image: Adobe stock

Physical activity, sleep and rest time are important for young children. They ensure healthy growth and development. And the best way to get children physically active is to get them playing.

South Africa has created guidelines that map the ideal levels of physical activity for children in their first five years of life. These state that infants should have daily “tummy time” and floor based play; they shouldn’t be restrained in a car seat or high chair for extended periods of time. It’s advised that toddlers should play actively for 180 minutes a day. The guidelines recommend that infants and toddlers shouldn’t have any screen time.

In the first two years of life, of course, babies don’t have much autonomy over their behaviours. So they rely on their caregivers to give them opportunities for play. But what happens if caregivers aren’t aware of how important playing is?

We conducted a qualitative study to try and understand what mothers in Soweto, Johannesburg, think about play and physical activity during the first two years of life. We also wanted to understand whether and how they promote this behaviour. This is the first study in South Africa examining these important concepts.

Soweto is a large, densely populated urban township which comprises one third of Johannesburg’s population. It was chosen because we already know that young women in the area struggle to keep active themselves; they are limited by their environment, including a lack of space and resources to keep healthy. Given how big it is, Soweto is also representative of a large majority of the population. We focused on mothers because it is established that most children under 2 in South Africa live with their mother, while less than 40% live with their fathers .

We found that mothers were worried about how playing outdoors might put their children at risk of injuries or becoming victims of crime. They also didn’t have enough money to buy toys or books, or to pay for their children to go to creche. This isn’t to suggest they weren’t playing with their children: it just happened in an unstructured way, through singing, dancing and talking. They also knew that play was important, although they didn’t see it as an independent behaviour to be encouraged or promoted.

These findings offer useful insights into how to promote play among children, specifically those in poorer settings. Caregivers could be encouraged to let infants have daily tummy time (lying on their stomach so that they can start to develop neck muscles and motor skills to lift their head and eventually sit up and crawl), and to play with babies through dancing and singing, storytelling, playing with a ball, and allowing babies to crawl, walk or run as much as possible without restricting their movements.

What mothers told us

Research has shown that outdoor play is essential for childhood development.

The mothers in our study said it was dangerous for their children to play outside. They worried that their child might hurt themselves outside, might fall in the communal outdoor toilet (which raised both safety and hygiene concerns), might land up on the streets (yards are not always fenced), and might get hit by cars. Another major fear was that their child might be abducted, kidnapped or raped. Sadly, these anxieties are borne out by South Africa’s high crime rates.

So, the women either kept their children inside where play was limited because of space constraints and was often substituted by a TV, or allowed them to play in a locked yard under supervision if they had access to such space.

Financial constraints were another issue. One mother of an 18-month-old boy said:

Sometimes like if you’re at the mall and your baby wants a ball but you don’t have money and a ball keeps your baby active it’s a problem.

Most of the mothers did not read to their children, or even own a book. Reading in the early years when brains are rapidly developing is important for cognitive and language development, as well as later school placement. But research has shown that South Africans generally don’t read much or at all. The mother of a seven-month-old girl told us:

No I don’t read, I don’t even own a book

We found that many of the mothers used TV as a “babysitter”. Most seemed to believe that their babies were able to decide how much TV to watch and when to watch; they said the TVs were constantly on in their homes. Often, children watched TV because their mothers or the rest of the family were watching, or because their mothers needed to do something else, like clean or cook.

Some mothers in the sample believed that TV time is beneficial. However, studies have found that TV time is associated with language delay in infants – that is, it took them longer than their peers to learn to speak.

Limiting screen time may be particularly difficult for mothers who are looking after children on their own and may have limited resources or time to find alternatives.

Our findings are useful because they offer insight into the realities that keep caregivers from playing more or in a structured way with their children.

Alessandra Prioreschi, Associate Director and Researcher at the Developmental Pathways for Health Research Unit (DPHRU), University of the Witwatersrand