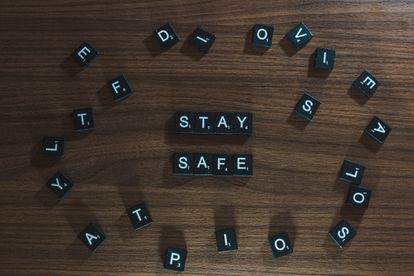 Six months in, 2020 has been the year no one expected. Plans and New Years resolutions are thrown out the window, weekdays and weekends melt into one and an awareness of time is a thing of the past. As Armageddon-like situations pile up with each month and the world looks drearier, it is important to look on the bright side — at least we have learned some new phrases.

Phrases we have learned in lockdown

This safety recommendation is one of the most repeated phrases of 2020. Once mentioned by the World Health Organisation, the term “social distancing” became a trending topic across the world and has burned into our brains ever since.

One upside of this linguistic earworm is the insults it will leave behind — like “social distance yourself from me” — and its use as a tool for introverts to stay home, eat pizza and watch Netflix on a Friday night without interrogation.

Calls to “flatten the curve” were present in the days of fad diets in the 2000s, but the term has since taken on a brand-new meaning. Flattening the curve was adopted across the world as the most cited strategy to prevent the overwhelming of healthcare facilities. Along with this came basic knowledge of graphs and bell curves that will promptly be forgotten.

This may be common in the medical profession, but the massive spike in Google searches for this word proves how unknown it was to the general public.

Comorbidity is defined as “the co-occurrence of more than one disorder in the same individual” which in 2020 is exclusive to the virus and anything that increases the risks of the virus (sorry doctors, you can have its original use back next year).

Early in the year, we learned to pronounce an almost undecipherable and now unforgettable name, Hydroxychloroquine.

This medication was only recognisable to doctors and the patients that used it; now the whole world knows what it is, what it is actually used for, and that it unfortunately does nothing to help our current situation. Like comorbidity, it is also fun to say, despite the grim connotations.

If anything goes down as ridiculous, it will be the Toilet Paper Wars of 2020. Thankfully, it was not as threatening in South Africa as it was worldwide and appears to be a thing of the past. However, the overflowing trolleys of groceries likely to expire within a few weeks and empty shelves resembling a zombie apocalypse movie will never be forgotten.

Echoing through TV screens and radios across the country, our president’s trademark introduction went through several phases. First it was feared, then it was loved (when followed by an increase in certain freedoms), and now it has earned its place as a Twitter meme.

Long after 2020, “Fellow South Africans” will remain the call of the country’s Sunday family meeting.

This year has thrown its punches and continues to be a gruesome threat, but our optimistic spirit as a nation has not yet faltered. With all the negativities aside, at least we can say our vocabulary has grown.