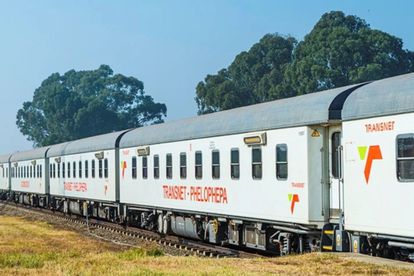 The Phelophepa Healthcare Train has been deployed to assist the country’s COVID-19 vaccination programme. The train will deliver healthcare services to under-resourced communities that lack adequate healthcare resources.

South Africa is in the grips of a third wave of COVID-19 infections. Gauteng accounts for more than 60% of all new cases in the country over the past two weeks. The pace of vaccine rollout in Gauteng has been slower than that of other provinces.

Phelophepa which translates from Sotho to “good, clean health”, is an 18-carriage mobile clinic aboard a train that transports approximately 20 resident healthcare workers to various sites across South Africa.

PHELOPHEPA USED IN FIGHT AGAINST COVID-19

Healthcare workers on the train offer eye, dental, health, and psychology clinics to South Africans in under-resourced locations. Staff on the train are equipped to diagnose illnesses, treat minor ailments, and administer medication.

“As part of the national vaccine rollout initiative, we are in discussions with the Gauteng Department of Health to link the vaccine rollout to Phelophepa at each of the identified stations,” said Avasha Gopaulsingh, director of Nemacure, Transnet Foundation’s social mobilisation partner.

Phelophepa had been providing healthcare services at the Springs and Olifantsfontein stations for the past 5 weeks, before heading to Soweto on Saturday 19 June.

“A successful roll out was held at Springs and Olifantsfontein stations over the past 5 weeks,” said Gopaulsingh.

According to Business Insider the Phelophepa Train was scheduled to arrive at Soweto’s Dube station last Saturday. Due to cable theft and severe damage to railway infrastructure, the train only arrived in Soweto 2 days later – having been towed into the station with a diesel locomotive.

“Cable theft has been a frequent occurrence on the rail tracks in South Africa,” said Gopaulsingh.

Several delays are hindering South Africa’s vaccination programme which has already suffered lengthy delays due to u-turns over vaccines and shortages in supply.

However, the train may not arrive in Vereeniging as planned on schedule. The journey to Vereeniging is along a section of railway track that was identified by the transport ministry as one of the most vandalised parts of the rail network in the province.

“Whilst lines are checked for safety and haulage purposes prior to movement, one cannot determine when cables are stolen hence causing delays,” said Gopaulsingh.

The mobile healthcare facility will be stationed at Vereeniging for 12 days from 12 July – if no further delays are encountered while travelling there. The Phelophepa Train will then head to the Free State where it will continue to provide healthcare and Covid-19 testing and vaccinations .