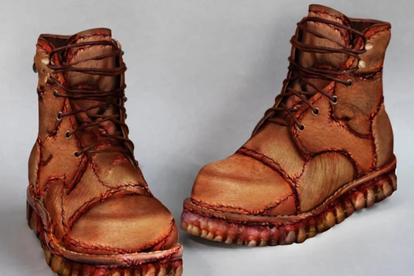 People for the Ethical Treatment of Animals (PETA) has taken another drastic measure to get people to stop using animal skin and furs. The Animal Rights group has decided to launch a satirical online store that sells clothing items made from “human leather”.

The store is to put pressure on other stores that sell fur and animal skins such as Urban Outfitters.

PETA has once again managed to shock people with their latest efforts to get people to stop making and buying animal products such as fur and skin.

Taking a jab at Urban Outfitters, PETA has launched a satirical online shop called Urban Outrage that sells clothes made from ‘human’ leather.

A quick scroll through the store shows jackets, purses, belts, and shoes made of human skin. Closer inspection reveals nipples, teeth, and other gruesome body parts on the clothing.

The store is part of PETA’s effort to shine a spotlight on other clothing stores that still make use of animal leathers and furs.

“A cow’s skin belongs to her, and she feels fear and pain in a slaughterhouse every bit as much as you or I would,” PETA’s executive vice president, Tracy Reiman, said in an exclusive statement to The New York Post.

The items available on the site are not actually for sale and serve only to show people what it would be like if humans were also used for their skin.

The publication also reports how PETA earlier did a campaign to promote veganism. During this campaign, they showed people fondling fruits such as avocado, oranges, and kiwi.

During a different campaign, they shared a clip of animals being beaten and abused for their skin and fur.