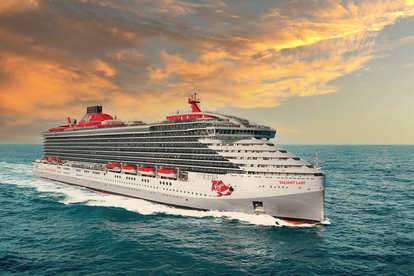 A passenger on an 80s pop music luxury cruise, has apparently jumped overboard is is presumed drown. Image: Virgin.com

A passenger on an 80s pop music luxury cruise, has apparently jumped overboard is is presumed drown. Image: Virgin.com

Passengers and pop icons alike are still reeling in shock after what was supposed to be an experience of a lifetime.

Fans of eighties pop acts such as Spandeau Ballet, Toyah, T’Pau, Altered Images and ABC set off for what was supposed to be a cruise of 80s pop music nostalgia. Little did they know that their cruise might be cursed…

According to reports, the Virgin Voyages cruise ship Valiant Lady was on its way back to its boarding point from its tour of Spanish and Portugese ports when a passenger allegedly went overboard on Wednesday evening. Once alerted, the ship turned around to search for the man. The help of coastguards in France and Spain were also called in.

The Sun reports, the Valiant Lady’s captain asked cruise passengers to scan the ocean in efforts to locate the missing passenger. But, after hours of searching the rescue operation, was suspended for the night. The passenger, believed to be British, is now feared drowned, Mail Online stated.

A Virgin Voyages spokesman told Mail Online: “In the early hours of the morning, we were informed of a man overboard incident involving a passenger], which resulted in a search-and-rescue mission. We’re deeply saddened by this news and our thoughts are with this Sailor’s family and loved ones. Our investigation indicates that this was an intentional act and that no foul play is suspected.’

A Maritime and Coastguard spokesperson said: “The French sent a fixed wing aircraft to provide air support to a helicopter sent by Spain to conduct a search. Two merchant vessels and the cruise ship were also assisting. The Foreign, Commonwealth and Development Office has been informed.”

The search has since been called off and the Valiant Lady resumed her original course and was expected to dock in Portsmouth, United Kingdom, on Friday evening 1 April.

Also read: Say what?! Do you have R4.5bn to buy this mega mansion? [Video]

The untimely allegedly drowning was however not the only unfortunate incident to plague the cruise.

According to a passenger, “The cruise has felt cursed from the outset — it’s been beset by one problem after another. First it was small things like them running out of food and drinks and the WiFi not working, then the performances were being rejigged and the itinerary changed.”

Then there were the COVID-19 infections, and someone got so ill they had to be airlifted to hospital.

But all is not lost. Mail Online reports that passengers were informed that they would be offered a free European cruise with Virgin Voyages this summer.

Market as superyachts, passengers paid up to £5,000 (R96 087) to enjoy the cruise. Former Radio 1 DJs Bruno Brookes and Gary Davies also rubbed shoulders with fans on the cruise.

Spandeau Ballet was best known for their hit single, True.

Toyah rose to fame in the early 80s and was known for anthems like Thunder in the Mountains.

T’Pau entertained fans with hits like Heart and Soul.

Altered Images made made songs like Don’t Talk To Me About Love and Happy Birthday.

ABC rose to fame with hits like The Look Of Love and All of My Heart.