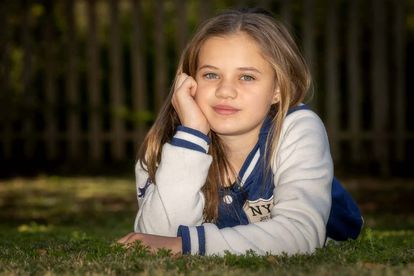 After the nationwide lockdown was extended, Deoné’s parents struggled for two weeks to receive a permit to fetch her. She had been visiting a friend in Mossel Bay in the Western Cape.

Lottie du Toit says her daughter, Deoné (13), a pupil at Newton Primary School, went to visit her best friend in Mossel Bay for the holidays. She couldn’t get a permit to fetch her when she wanted to come home.

“Her friend moved to Mossel Bay and wanted to visit her for the last time. The night the lockdown was announced, I hadn’t been paid yet. I would have picked her up after the holidays, when I was paid. We spoke and she said she would stay there with her friend. During the lockdown, she wanted to come home but we couldn’t get a permit. When the lockdown was extended, she became very anxious to come home.”

No success at the court

Du Toit says Deoné’s father also tried to get a permit. They are divorced but share custody of Deoné.

“He went to court in Kathu, where he lives, but was told to go to the police station. He had no success there either. “

Du Toit said she was at the police station in Kimberley on Friday 10 April.

“I asked for a permit to fetch my child. I was told it can’t be issued, it doesn’t work that way. I just want to comply with the law and not be arrested when I cross a provincial border.”

She collapsed on the floor of the police station in despair.

The impact on the family

Bettie Fourie, Deoné’s grandmother, said it was very sad for her.

“I had tried to encourage her, but it was hard. She was crying terribly over the phone. We are a close family and just wanted to be together. She thought it would be nice to visit her friend but they couldn’t even go to the beach. Then she just wanted to come home. She missed her family and I think the lockdown scared her. Kids don’t understand it.”

Brig. Vishnu Naidoo, police spokesperson, confirmed that du Toit may fetch her daughter. He said the adjusted regulations are very clear about what is expected of people in such situations.

“If she has a court order, along with her ID document, she may travel.”

Deoné’s father fetched her from her friend and brought her back to her mom in Kimberley. Both the parents are very happy their daughter is home.