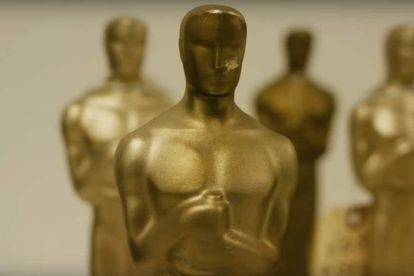 The 91st Academy Awards – or more commonly known as the Oscars – is just around the corner, and if you’re excited to watch what is considered to be the biggest and most prestigious ceremony in Hollywood take place, this is for you.

When is the 91st Academy Awards?

The 91st Academy Awards will be held on Sunday, 24 February 2019 at the Dolby Theatre in Los Angeles.

This year, the Oscars will also go ‘host-less’ for the first time in years after Kevin Hart stepped down as host in December.

How to watch the 91st Academy Awards (Oscars) in South Africa?

The Oscars All Access: Red Carpet Live, which features red carpet highlights and insider access to the biggest night in Hollywood, will be streamed live exclusively on Twitter at 3:30 pm PST/6:30 pm EST (that is 1:30 am SAST) on 24 February 2019.

The show will bring the red carpet’s brightest stars, nominees, presenters, and performers directly to the movie-going audience at home.

Twitter’s live stream will be available https://twitter.com/theacademy or via @TheAcademy.

It’s been confirmed that Adam Lambert and Queen (Brian May and Roger Taylor) will be performing at this year’s Oscar ceremony.

Other stars like Jennifer Hudson will perform “I’ll Fight” from RBG, nominees Gillian Welch and David Rawlings will be welcomed to the stage to sing “When a Cowboy Trades His Spurs for Wings” and Bradley Cooper and Lady Gaga are set to perform “Shallow” from their hit film, A Star is Born.

Oscar nominee Bette Midler has been announced as the special guest who will perform “The Place Where Lost Things Go” from Mary Poppy Returns.

Find out more about the Oscar stage over here:

I think we can all agree that the world is filled with TOO MANY straight lines & square thinking. For the #Oscars this year I have designed a world based on the idea of inclusion & warm welcoming shapes that stretch out & envelope not only the audience but everyone watching. pic.twitter.com/uStpUiDnFX

Alfonso Cuarón’s drama Roma and period piece The Favourite each picked up ten nominations for the 2019 Oscars making them the joint most nominated films.

Black Panther earned a number of technical nominations but also earned a best picture nomination a nod the superhero films cultural impact in 2018.

Bradley Cooper and Lady Gaga were unsurprisingly nominated for best actor and best actress respectively for their roles in the popular musical drama A Star is Born.

Best known for her comedic work Melissa McCarthy also earned a best actress nomination for her role in the true-life crime drama Can you ever forgive me? McCarthy was nominated alongside co-star Richard E. Grant, who was born in Swaziland, and earned a best actor nomination.