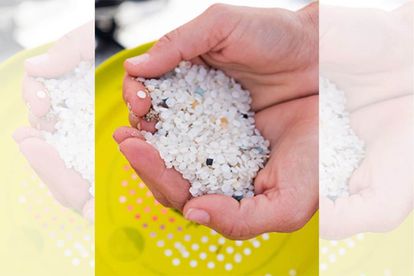 After millions of tiny nurdles recently washed up all along the Cape’s beaches, various organisations are calling on the public to help them clean-up these harmful microplastics.

According to the ocean clean-up organisation, Litter4Tokens, plastic resin pellets are classified as primary source microplastics, meaning that they were intentionally produced at the size ranging from 1 to 5 mm in diameter. Approximately 27 million tons of nurdles are manufactured annually in the United States alone.

“Nurdles that escape from the plastic production process into waterways or oceans have become a significant source of ocean and beach plastic pollution.”

It is reported that in October, three years ago, a freak storm resulted in the collision of two container ships and 2.2 billion nurdles were spilt into the Durban Harbour, washing up along KZN beaches, explained Clare Swithenbank-Bowman, founder of the non-profit organisation, Litter4Tokens and the recipient of two international Stevie Awards for 2020.

“The microplastics are hugely detrimental to both humans, as well as marine ecosystems, quickly finding their way into the food system where they cause ulceration, starvation and death. We’re particularly concerned as it’s been discovered that these nurdles follow the same ocean currents as turtles. The ocean is the earth’s life force, and if we don’t get on top of this plastic crisis now, the ocean is literally going to choke. It’s now or never.”

To combat this problem, Litter4Tokens is also giving back to the community through through their token system.

“Community members collect recyclable materials which they drop off at their local collection point. For each bag of recyclables they collect, they receive a token which is then redeemed at the token shop for everyday staples such as porridge, mielie meal and rice as well as clothing.”

The organisation also want people to ‘record their nurdle catch’ for Fidra’s ‘Great Nurdle Hunt’ online map as data will help contribute to the global picture of nurdle pollution. This can be done by using their proprietary, award-winning Mermaid Tear Catcher. It is said that this disk sifts plastic from sand and acts as a frisbee, making it both educational and fun.