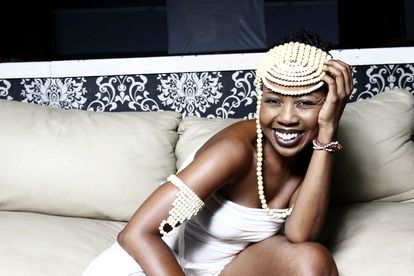 In her most recent “twar”, former Moja Love presenter Ntsiki Mazwai got into a heated exchange with veteran sports broadcaster Robert Marawa over the death of retired US basketball star Kobe Bryant.

The poet and blogger lamented that Bryant’s death was receiving unwarranted press coverage in South Africa while Winnie Mandela’s passing did not receive as much international attention. Her reasoning was that Americans don’t share the same sentiments about South Africans as we do.

Marawa was well equipped with facts and told Mazwai, who has slammed other stars before, that Bryant had built houses and a hospital in the country. His passing was therefore worthy of widespread press coverage locally.

“Basketball is an American culture. You say you are showing ubuntu to someone who was using a helicopter to avoid traffic while the poverty levels in Black America are worse than our own??? Pardon?” Mazwai retorted.

Marawa clapped back, branding Mazwai misinformed and reminding her that she was using a social media platform created in the US.

“Neva asked for my corpse to be celebrated by u, Americans, Chinese or Afghans. Just requesting you to be informed when u attempt to discredit successful human beings and global icons!” Marawa wrote, ending the intense discussion.

Three other celebrities who stood up to Mazwai on Twitter:

For years, Ntsiki Mazwai has used Matheba as an example of a media personality who is used as a brand to market and make money for big companies without actually owning the products or services she is affiliated with.

In a string of tweets she compared dancer and entertainer Zodwa to Matheba, saying the Afrotainment signee deserved more respect because she was a business entity on her own.

“It’s gonna hurt you when I tell you that Zodwa is a bigger force than Bonang because when you take Woolworths away from Bonang what do you have? No deal you can take away from Zodwa… she will continue.”

Her tweet elicited a series of responses with Matheba eventually alerted about the discussion taking place about her.

Mazwai then tweeted she was merely using Matheba as an example and the debate was bigger than her and Zodwa.

“This was never about Bonang and Zodwa but continue so white people can eat while we are distracted by personality politics. For me, I feel like Zodwa is more worthy of respect, to be honest. Because she has shown us her darkness. Bonang hides her darkness. And for me, hidden darkness is usually bigger. So yeah let’s disagree.

Matheba, however, was having none of it and finally shut down any debate about how she felt about Mazwai’s musings.

Using a popular quote — “Keep the same energy” — which means to stay grounded in your beliefs or to be willing to defend your opinions, Matheba directed the statement at Mazwai which many believe can lead to a confrontation when the two eventually meet…

A debate on weaves and African women embracing their natural hair on Mazwai’s Twitter timeline quickly turned nasty when she responded to a tweet in which actress Pearl Thusi is used as an example of a woman who could style her hair any way she wanted to.

The poet replied that Thusi was half white and discounted her on the basis of her straightening her hair and not wearing it natural or curly.

Moments after the tweet was posted, the TV presenter caught wind of the subtle shade and tweeted that Mazwai was obsessed with her and didn’t have her facts straight.

“Like she’s so obsessed that she studied my life, my skin colour and then added spices.

“How is it that people who hate you and have never met you, know you so well? Obsessed much?” she wrote in tweets she later deleted.

Social media influencer Mihlali Ndamase has never been shy to be direct about her opinions and when it came to addressing Mazwai, she was particularly brutal.

The 23-year-old posted that her parents never let her use public transport because they feared for her safety, to which Mazwai suggested that she was showing off her privilege.

“The aim is to be privileged but supremely humble…that’s the code to crack,” wrote Mazwai.

Ndamase wouldn’t back down and stood her ground, adding that Mazwai resorted to insulting people’s looks when she couldn’t get her point across.