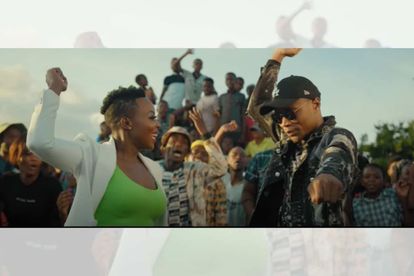 Following the success of the global smash hit Jerusalema with Master KG, Nomcebo Zikode went on to sign an international deal with Sony/ATV Music Publishing.

Nomcebo Zikode on her international deal

According to IOL, the deal includes the KwaZulu-Natal singer’s latest nine-track album, Xola Moya Wam, as well as future releases.

“The experience of having a global hit has been phenomenal,” Zikode said later.

“I am very excited to be working with an establishment such as Sony/ATV, the No 1 publishing company that has such a great global footprint. This year has been unbelievable, with the success of Jerusalema and the great reception of my album, ‘Xola Moya Wam‘.

“I look forward to seeing where this relationship with Sony/ATV takes me. I appreciate the trust and belief Rowlin, Munya and the Sony/ATV global family have in me and will strive to deliver only my best.”

A wonderful songwriter with a great voice

Guy Henderson, the international president of Sony/ATV music publishing, said that they are thrilled that Zikode decided to join them.

“A wonderful songwriter with a great voice, Nomcebo has co-written one of the top global hits of 2020. As a South African overseeing Sony/ATV’s International companies around the world, it gives me an added thrill that my team will be able to work not only on a South African penned global hit like ‘Jerusalema‘, but on all the other songs that Nomcebo has written.

“With her talent and the global Sony/ATV creative machine behind her, Nomcebo will achieve great things.”

In a recent interview with New Frame, she talked about how her spiritual lyrics resonate with millions and how it’s been a “bittersweet” year.

Even with COVID-19 and not being able to tour, she says that this year has opened doors for her that she didn’t even know existed.

“The world is loving Jerusalema, and I’m so thankful for that. I think people loved Jerusalema because the song talks about going home, going to the place where you belong and are safe, which is better than earth,” says Zikode, who adds that the inspiring message has transcended racial, religious and language barriers.”

It is said that of the many accolades that have come out as a result of Jerusalema’s success, Zikode says being appointed an arts ambassador by the Department of Sport, Arts and Culture is her greatest achievement.

“There are many people who have recorded very successful songs but have never been appointed an ambassador for the country. That’s something I could have never imagined. Also, my name is known and recognised around the world, which is such a great honour.

“This year has been great for elevating my name, and I am so grateful. The future looks very bright, and I am excited to be able to travel the world and take my music to places like Belgium, Pakistan, London, Nigeria and the US.”

Xola Moya Wami, which means “be at peace or rest, my spirit”, is a catchy dance song. The lyrics tell the story of someone with a hard life whose spirit still wants to do good. South Africans, and now the world, love Zikode’s music for its combination of house beats and gospel-inspired vocals.

“I’m Portuguese,” writes one of the song’s many YouTube commentators, “I don’t understand [a] word she is saying but since I heard her in Jerusalema I fell in love with her voice and her music … It has power I can’t explain … listening to her is a blessing … Her voice is magical.”