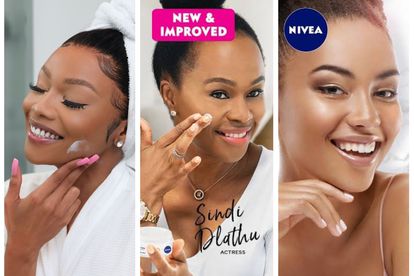 This week Bonang Matheba announced her latest business deal – as a spokesmodel for Nivea skincare products.

But the reception wasn’t a warm one from fans, eliciting strong opinions about the imagery used in the advertisement.

According to many tweeps, Bonang wore a “full face of make-up” for the ad campaign which seeks to highlight its skincare range. – a move many tweeps labelled “unrealistic” .

After Bonang shared news of her Nivea partnership, she found herself trending for all the wrong reasons. Many tweeps chastised the media personality for not showing off her “natural” look. Others were reminded of words spoken by her ex-boyfriend AKA who previously claimed he waited “two years” to see her remove her hair weave.

But many tweeps have had a change of heart, shifting the blame from Bonang to Nivea themselves.

Twitter users have even brought receipts that it’s not the first time Nivea has promoted ads with heavily made-up models.

@BafanaSurprise: “Nivea SA is one of the useless brands. You can tell the people who are responsible to issue out campaigns they don’t even have brains”

@MsNtfulini: “Nivea is a joke honestly, they didn’t see anything wrong with Bonang applying the cream over makeup? They always get away with false advertising these ones”

@Bellabiyanca: “1. Nivea clearly has no respect for its customers.

2. Bonang is indisputably beautiful with or without make-up.

3. It is worrisome that they don’t believe in their own product so much that they opted for a fully made-up face.

4. Our natural beauty is clearly not enough”

BONANG IS PLANNING A WIG LINE

Meanwhile, Bonang has teased plans to start her own wig and weave range.

The star – who reportedly was the brains behind alcohol beverage House of BNG – stirred speculation from Twitter users.

Without confirming it, the star responded to several tweets that a premium hair range is on the way for SA consumers.