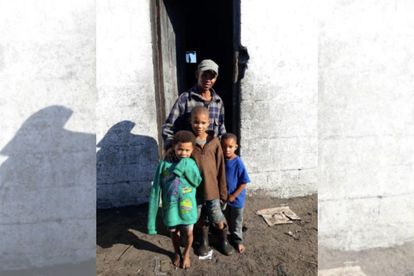 Two Cape Town girls with hearts of gold are now crying themselves to sleep after their puppy, whom they were willing to give up a packet of NikNaks to “pay” for medical help, was allegedly stolen.

Animal Welfare Society (AWS) Resource Development and Communications Officer Allan Perrins, who recently praised the girls for being so caring and loving towards their little furry friend, reported the following upsetting news in a statement:

“Our wonderful story regarding the two young girls who sought our help for their sick puppy in exchange for a packet of NikNaks took a turn for the [worst] when their puppy went missing over [the] weekend leaving them heartbroken and inconsolable.”

Perrins said the girls spent hours searching the area but came up empty-handed, and have since spent the past few nights crying themselves to sleep.

“We became aware of the missing puppy during a follow-up visit earlier this week where they told us that they strongly suspect that she had been stolen,” he said.

Earlier this week, they conducted an intensive door-to-door search of the area with the help of a small army of willing volunteers and, despite there being no sign of the missing puppy, they did find the puppy’s sibling, Fluffy, cowering in a patch of overgrown weeds.

“While we were busy, we noticed a group of delinquents walking down the road with a pack of pitbulls. They appeared overly interested in what we were doing, and as soon as they were quizzed regarding their reasons and intentions for being in this otherwise quiet part of the Philippi Horticultural Area, beat a hasty retreat back to Hanover Park,” said Perrins.

Before leaving the area, the AWS spoke to a few community members and asked them to be on the lookout for the puppy.

Just last week, the girls who are both nine years old, visited AWS with their puppy explaining that she was sick and not eating. The girls explained that they did not have money to have the puppy treated but they did, ever so kindly, urge Perrins to take a packet of NikNaks in exchange for assistance.

Luckily, the puppy only needed to be dewormed and given wet dog food which AWS was happy to provide, meaning the girls got to help their puppy and keep their treat.

Perrins said it could be that the packet of NikNaks was their last or only meal for the day as they come from an impoverished community but yet, they were still determined to put their puppy first.

Here’s how you can help

Should you wish to donate care packages, blankets, clothes or dog food to the girls, Perrins said one can deliver those items to the following places.