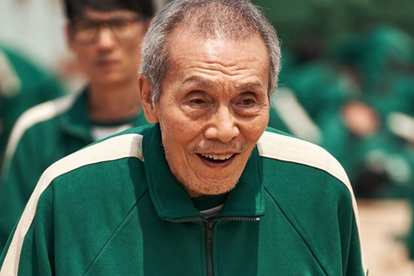 Netflix’s Squid Game has become a giant success. In just a few months, the show has had over 111 million viewers who have been raving about it since it hit our screens.

The show, which follows how over 100 people struggling with debt compete in children’s games to win a large sum of money, is reportedly also giving many viewers a literally scary side effect.

For years now many people have remarked how the quality of horror movies and shows has been steadily decreasing.

It seems a lot of those people have met their match with Squid Game, a Netflix horror series that has quickly gone on to become the streaming giant’s most-watched series of all time.

In the show, participants in the children’s games all get killed quite graphically while trying to save themselves from their mountains of debt.

It seems this has done it for horror lovers who have reported to be getting an eery side effect from watching the series – nightmares.

Research conducted by EachNight.com shows that Google searches for the term “squid dream” have shot up 1800% around the globe since early October.

Also according to the publication, the term “squid nightmare” had increased by a staggering 4600%. This means that the series has permeated the subconscious of viewers resulting in scary dreams.

How to avoid getting scary dreams from the series

Despite the nightmares, the show has been the talk of the town on social media as people exchange Halloween costume ideas and Squid Game facts and jokes.

Perhaps those who are binging on the show should watch it well before bedtime to help them avoid those perplexing nightmares.