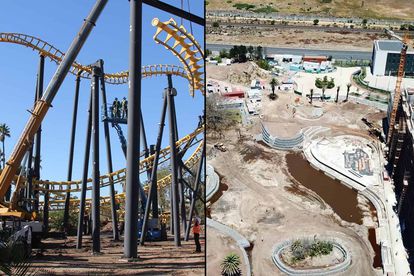 When Ratanga Junction closed its gates to the public for the final time in 2018, Cape Town residents mourned the loss of an iconic landmark. The attraction was a favourite amongst locals and visitors alike, and its presence has been sorely missed. However, its demise wasn’t entirely final – and the site is set to transition from ‘theme park’ to ‘water park’.

The Rabie Property Group has revealed more about its plans to rejuvenate the location, ensuring that the Century City-based plot will once again draw visitors back in their droves. According to the developers, the site formerly known as Ratanga Junction will now boast an ‘extensive water body and public park’ – consisting of the following features:

Cape Town is getting a new public water park

After several delays, the closure of Ratanga Junction finally happened in May 2018. A Swiss ride services team was called in to dismantle the Cape Cobra Rollercoaster – one of the most popular attractions at the park. Once its trademark loops and curves were removed, Cape Town was left with a fairly large void to fill…

However, we’re living in a very different world now. Cape Town avoided the ‘day zero drought’ panic, but none of us have been able to escape the COVID-19 pandemic. As the Mother City looks to rise from its lockdown slumber – a time that draws closer with each passing day – the emergence of a new water park could really give the local economy ‘a shot in the arm’… which is handy, given that 2021 is the year of the vaccine.

In a statement released on its Facebook page, Rabie Property Group gave us more details about its proposed aquatic paradise. They are looking to ensure a sustainable future for the park, working in tandem with the nearby Intaka Island.

So jab yourselves up, dust off your old swimming shorts, and retune your GPS from ‘Ratanga Junction’ to, well, the public water park doesn’t have an official name yet, but nonetheless… next summer is just going to hit differently!

“What was previously Ratanga Junction, is becoming an extensive water body and public park, the second-largest habitat for some of Century City’s amazing birdlife after Intaka Island. Ratanga Park’s water will connect with the existing canals, which means that you can SUP or row from one end of the precinct to the other. Maybe you can even surf on a windy day!”