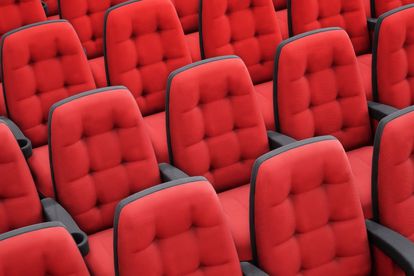 Happy International Women’s Day, in advance. Head out to the cinema this week and catch Brie Larson as Captain Marvel. But don’t forget to celebrate all the real superhero women in your life.

New releases drop at Ster Kinekor and Nu Metro cinemas tomorrow. Other than the dose of Marvel, this week’s lineup includes two thrillers, and a biopic. Don’t forget the popcorn!

Synopsis: It’s the 1990s, a previously unseen period in the history of the Marvel Cinematic Universe. Carol Danvers (Captain Marvel) becomes one of the universe’s most powerful heroes. When a galactic war between two alien races reaches Earth, Danvers finds herself and a small cadre of allies at the center of the maelstrom.

Synopsis: White Boy Rick is set in 1980s Detroit at the height of the crack epidemic and the War on Drugs, and tells the moving story of a blue-collar father and his teenage son, who became an undercover informant and later a drug dealer, before he was dropped by his handlers and sentenced to life in prison.

Synopsis: A young dynamic entrepreneur finds herself in a locked hotel room next to the body of her dead lover. She hires a prestigious lawyer to defend her, and, over the course of one evening, they work together to find out what actually happened.

Synopsis: When the husband of an affluent woman kills himself, the woman loses the high life—and pretty much everything else—and ends up on the street, days before is due to give birth. With nowhere to go and no money, she is attacked and mugged, but a good Samaritan rescues her and takes her to a shelter called ‘God’s Haven,’ a place of safety. She gives birth there, but God’s Haven turns out to be an entirely different underworld—a world of danger, desire and deception.