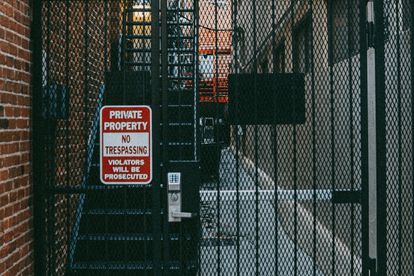 The Department of Justice and Constitutional Development (DOJCD) has drafted a bill to repeal and replace the Trespass Act, No 6 of 1959 (“The Trespass Act) which will also prohibit unlawful entry on premises.

This is in line with the minister of justice and correctional services who pronounced the bill when tabling his budget speech to parliament for the 2021/22 financial year.

Minister Lamola said some pieces of legislation which are not overtly unconstitutional, unjust or anti-democratic, but which nonetheless still formed part of a suite of legislative enactments designed to foster the policies of apartheid, have survived.

Minister Lamola went on to say:

“The continued existence of these laws in our statute book is not compatible with our Constitutional order. We will lead the process to review and repeal these statutes. At the same time, great care should be taken to ensure that the abrogation of these statutes does not leave or create a lacuna in the law.”

The Trespassing Act, No. 6 of 1959 is an example of the legislation which the Minister referred to.

The Trespassing Act has been identified as a piece of colonial and apartheid-era legislation as it was originally designed to combat trespassing conduct and -publications engendering hostility between certain population groups.

The Trespassing Act has therefore lost its relevance in our constitutional democracy.

The proposed new bill to replace the act is: Unlawful Entry on Premises.

The Bill aims to prohibit unlawful entry on premises, and to provide for matters connected therewith.

This bill has been duly published for public comment. Read here for deadline and comment-submission details.