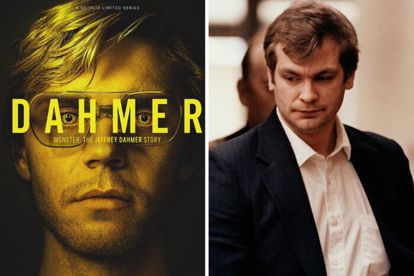 The 10-part series delves into the killing spree of the Milwaukee man who was convicted of drugging, killing, and dismembering 17 men from 1978 to 1991. Dahmer was also found guilty of necrophilia – having sex with the bodies of the men – and cannabilism – eating their body parts.

He was eventually caught in 1991 and was sentenced to 16 life-sentenced a year later. In 1994, Dahmer was beaten to death by a fellow inmate in a Wisconsin jail.

Dahmer would dissolve body parts in a barrel of acid

One of the most gruesome observations from the Netflix series was the act of Dahmer dissolving his victims’ body parts in a barrel full of hydrochloric acid. The acid would strip the flesh off the bones and then dissolve the remains into nothing.

The serial killer unashamedly kept the barrel in his bedroom. When police finally searched his apartment, they discovered three torsos dissolving in it.

Police discovered various tools used to dismember the bodies and tranquilisers used to drug the men. The body parts were found scattered across his apartment,  in his grandmother’s house, and his childhood home.

Drugging, murdering, and dismembering his victims was not enough for Jeffrey Dahmer – he had to eat them too!

In one particularly disturbing scene, Dahmer is seen frying a piece of meat in a pan- supposedly from the body of one of his victims – before eating it.

During his trial, police recorded over 60 hours of audio in which Dahmer described what he did to his victims. According to Detective Dennis Murphy, Dahmer confessed to once “frying the biceps of a man in oil”. This, because  “he wanted to try it”, AP reported.

“He stated it tasted like beef”, the detective added.

Dahmer would have sex with the corpses

Although never portrayed in the Netflix series, in real-life, Dahmer confessed to having sex with the corpses of the men he murdered. He also admitted that he would become sexually aroused by the dead bodies of animals and humans.

“He was good-looking. He was totally naked” Dietz quoted Dahmer as saying.

After watching the Netflix series, everybody wants to know – what was in the sandwich he gifted Glenda Cleveland as part of a “peace offering”?

In one episode, Dahmer tells his disturbed neighbour that it contained “pulled pork”. But given his history of cannibalism and dismembering corpses, could it possibly be human flesh?

Whilst Dahmer never disclosed the truth about the sandwiches before his death in 1994, many have speculated on gruesome details.

In real life, another neighbour Pamela Bass claimed Dahmer would regularly make sandwiches for the people in the building.

According to a 2013 documentary The Jeffrey Dahmer Files, Bass said: “I have probably eaten someone’s body part.”

In the series, Jeffery Dahmer experimented with performing lobotomies on several of his victims, in the hopes of turning them into “real-life zombies”.

He would do this by drilling holes in their heads whilst they were in an unconscious state after drugging them. He would then inject hydrochloric acid into their brains, which would leave them in a “zombie-like” state.

In one scene, Dahmer performed the bone-chilling experiment on his youngest victim, 14-year-old Konerak Sinthasomphone. The young boy managed to escape, but because he was delirious and could not talk, Dahmer convinced police that he was “just drunk”. Assuming Sinthasomphone was his boyfriend, police escorted him back into the serial killer’s home, where he was later murdered.