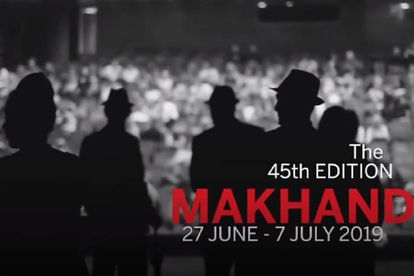 It’s all systems go for the opening of the 45th National Arts Festival!

The festival kicks off on Thursday 27 June and is set to run until the 7th of July in Makhanda (formerly Grahamstown).

Fans of the festival can expect a wide selection of productions and performances over the course of eleven days.

According to the National Arts Festival’s official website, the festival is an important event in South Africa’s arts eco-system and provides a vital platform for artists to express themselves and read the heartbeat of the nation.

As NAF Acting Executive Producer Nobesuthu Rayi says: “Artists are like the imbongis of our culture. Just as a chief might traditionally hear from the imbongi about the mood of the people, so our artists are now reading the mood of the nation. They are our interpreters and we need to value them and let them be heard.”

This year’s artists are set to embrace topics like identity, place and land.

“These themes run through many productions, and are treated in many different ways to form a picture of a country fighting to claim a positive identity that encompasses the many things we are, and to begin crafting a new narrative for our future.”

This year, festival-goers can enjoy over 500 productions on the programme and thousands of shows, talks, workshops, artists walkabouts, street performances and more.

The town has also reportedly been hard at work preparing for the festival. Volunteers and special service providers from the private sector worked with the local municipality to set the scene, and ensure a safe and comfortable stay for the visitors.

For more information, browse the full festival program over here.

Festival-goers can also download an app for effortless browsing and booking on-the-go which is available for Android and Apple’s iOS. Search for ‘National Arts Festival’ to download the latest version.