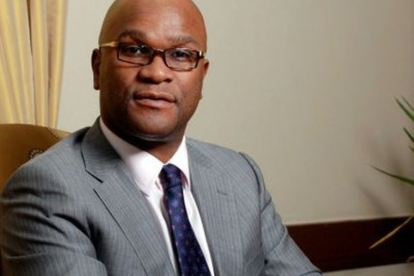 Nathi Mthethwa is once again being criticised over plans to invest R30m into a national orchestra. Image via Twitter @nathimthethwa.png

Nathi Mthethwa is once again being criticised over plans to invest R30m into a national orchestra. Image via Twitter @nathimthethwa.png

The South African Department of Sports, Arts, and Culture has once again come under fire for what many are calling a wasteful expenditure. According to reports, the plan to invest in a National Philharmonic Orchestra was approved in 2018 and will be going ahead this year after it is officially announced on Thursday this week.

The plans have however already been slammed by South Africans who believe it is a waste of money – the same way the idea of an R22m monumental flag was.

The sport, arts, and culture department face more backlash for its alleged plans to invest R30 million into developing the country’s national orchestra.

According to news publication TimesLive, details of the plans were revealed in a document titled Mzansi National Philharmonic Orchestra Report 2021/2022.

Meanwhile, Mzansi Orchestra CEO Bongani Tembe is all for the idea and says that it will be greatly beneficial to musicians in the country.

Speaking on Power 98.7, Tembe says the plans to revive the orchestra will transform orchestral music in the SA.

“The implementation and establishment of the Mzansi National Philharmonic Orchestra recognises the unique opportunity that the national orchestra represents for the transformation of the orchestral music in SA,” said Tembe.

Not everyone thinks it’s a golden idea

The plans to invest that much in the national orchestra haven’t received many thumbs up, however.

Speaking on CapeTalk, Cape Town Philharmonic Orchestra CEO Louis Heyneman slammed the project which he insists is a waste of money and resources.

“We can’t afford it and we don’t need it. I think it’s a folly, a personal folly of [minister] Nathi Mthethwa.”

He also went on to say that there will be no auditions and that “random people” will be invited to play – which is in his opinion “a total duplication and a waste of money.”

Meanwhile, other reactions include:

Department of Sport, Arts & Culture has set-in motion a R30m project towards the establishment of a National Philharmonic Orchestra. An orchestra to play as South Africa sinks like a titanic. Where’s Nathi Mthethwa’s brains in all of this? This clowns will never stop to amaze.

The man who wanted to bring you a R22 million flag, now wants to bring you a R30 million orchestra. I think that there’s a surplus, which should have gone to artists at the start of the pandemic, that he now just wants to use.