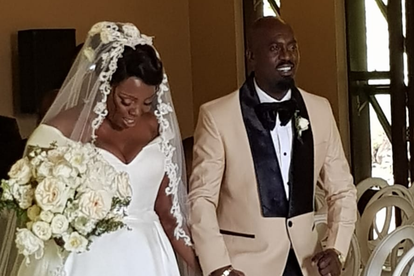 The ‘KFC couple’ are still hoping to go on a lavish honeymoon. Image via Twitter: @ndundus

The ‘KFC couple’ are still hoping to go on a lavish honeymoon. Image via Twitter: @ndundus

In 2019, a South African couple went viral after their KFC engagement was shared online by a Twitter user who was trying to troll the man for his humble proposal. The photos of the proposal went viral as businesses all across South Africa pitched in to make the couple’s wedding special.

Fast-forward three years later and Hector Mkansi and Nonhlanhla Soldaat are still in love and happier than ever.

Hearts melted as Hector Mkansi proposed to his partner of nine years, Nonhlanhla Soldaat, at a local KFC.

A few people judged the man for what they considered a humble proposal. Others, however, admired how happy the couple was despite the occasion not being fancy.

Soon ordinary people and big establishments were offering to make the wedding day as special as possible. The day came and went and now the couple shares that their lives have pretty much gone back to normal.

Makansi also added that many people are under the impression that they are well off – something which is far from the truth.

“I am still unemployed. We are still living our normal life though it’s difficult because people know us as the ‘KFC couple’ and they think we have money and have big houses and stuff.

Still living in poverty. We live in an RDP house that is normal. It also becomes difficult to walk in the community, because when everyone looks at us, they think we have money,” said Mkansi.

The couple also shared how their honeymoon plans were ruined by COVID-19. The couple was offered a trip to the US by one of their generous sponsors. But now are not sure whether they will still be going because of the various coronavirus regulations.

In addition to their honeymoon being postponed, the couple shares how they haven’t been able to visit their family because of a lack of money.

“I left my home on December 28 last year and I haven’t been back since. This is my second December not being able to go home because of not having money. When I leave I have to take my wife and child along.

“I am still trying to put money together so we can spend Christmas with our family. If I was able to get a driving job that would be good, I can do driving jobs,” said Mkansi in a TshisaLive article.