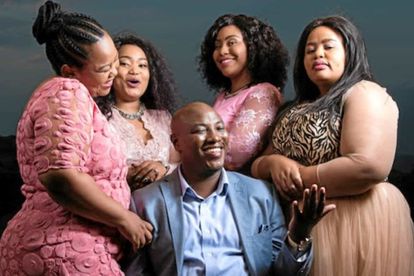 Since Mzansi Magic began flighting Mnakwethu — a show dedicated to giving men a platform to introduce polygamy to their marriages — the channel has received numerous calls for it to cancel the programme because of the way in which it portrays women.

On Twitter, the show regularly tops trend lists and is at the centre of a debate on how it fuels gender stereotypes, emotional abuse and perceptions of patriarchy. In several episodes, men on Mnakwethu have introduced their mistresses to their wives, instead of asking their wives to choose the second wife which is how the process is conducted in Zulu culture.

In other episodes, wives have looked visibly upset and resentful of their husband’s intention to take on a second wife. While they have eventually agreed to the taking on of a second wife, it appears it is done so begrudgingly.

Sometimes, host Musa Mseleku has commented on the stance of the wives in negative terms while praising the men for being brave to pursue their desire for expanding their households and families through polygamy.

Mseleku had his own show, Uthando neSthembu, which featured his four wives and their children.

Singer Simphiwe Dana offered an apology to Mseleku after she tweeted her disgust with the reality show.

“I’m definitely sure this Musa of yours that you love, has a tiny d**k. Only explanation for his obsession with humiliating women,” she said.

She later deleted the tweets and apologised.

“I don’t wait to take personal offence because Mnakwethu isn’t my show. I’m only a host because I am also a polygamist. I also don’t care for the personal slander because I am sure of who and what I am.”

“We are a platform that provides compelling content which is aimed at evoking and not provoking emotions through illustrating societal norms that reflect the dynamics that come with marriage and mistresses,” Khubeka added.

Meanwhile calls for the show to be removed, continue to escalate on Twitter…