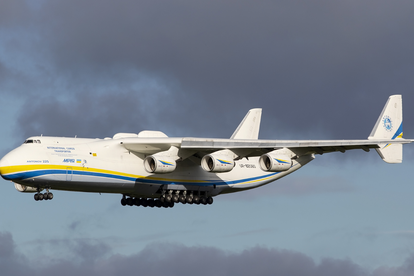 Thousands of people have expressed sadness over the news that the world’s largest aircraft have been destroyed by Russian forces. Myria, an Antonov-225 cargo plane has sustained over $3 billion in damages and may take five years or more to repair. The aircraft has been used for over 30 years to provide help to countries in distress.

For years an Antonov-225 cargo plane called Myria has provided millions of people with help as it carried supplies to those who needed it the most across the world.

This is why many people were left saddened when it was reported that the aircraft was destroyed by Russian forces while it was undergoing minor repairs. The aircraft was stationed near Kyiv Ukraine in an airfield called Hostomel that has been captured by Russian troops.

Ukraine’s aerospace and defence company, Ukroboronprom issued a statement regarding the aircraft which has sustained damage to a total of $3 billion and will take over five years to repair.

According to the statement, they are fighting with Russia to pay for the damages.

“The occupiers destroyed the airplane, but they won’t be able to destroy our common dream. Mriya will definitely be reborn,” Ukroboronprom said.

TimesLIVE also reports that the hangar where Myria was being kept has also incurred serious damage. There were also a number of fires at Hostomel which could have been caused by explosives.

The news is met with sadness

Meanwhile, those who have heard about the aircraft destruction have called the act of damaging it reckless and unnecessary. Many have slammed Russian forces for destroying the aircraft.

“After 34 years of service, I can’t believe this beauty of aviation is gone.”