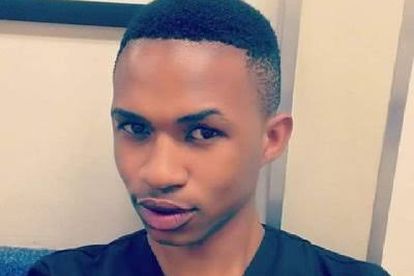 Musa Khawula has been warned that he is skating on thin ice after reporting on the so-called ‘Hockey Club’. Image via Twitter @musakhawula

Musa Khawula has been warned that he is skating on thin ice after reporting on the so-called ‘Hockey Club’. Image via Twitter @musakhawula

Controversial and under-fire entertainment commentator Musa Khawula has been warned that he is skating on very thin ice. This after he shared images of the infamous Presidential Cartel, allegedly also known as “The Hockey Club”.

On Tuesday 5 July, the spicy blogger shared snaps of some of the alleged members of this society which is notorious for its members’ opulence. According to controversial claims by author Jackie Phamotse, it is also a secret society where young women and men are auctioned off to wealthy people

‘MEET SOME OF THE MEMBERS OF THE HOCKEY CLUB’

“Meet some of the members of The Hockey Club aka The Presidential Cartel led by Malombo,” he wrote.

Within minutes of his posts, tweeps flooded his mentions with warnings, telling him to tread carefully as he may have put his life in danger with his latest posts.

Despite these warnings, The Presidential Cartel is actually in full view on social media and can be found on Instagram and Twitter.

ALSO READ: ‘For years he’s made my life hell’: Lerato breaks down on IG Live [watch]

WHAT IS THE HOCKEY CLUB?

“I’m so sorry @JackiePhamotse you had to catch a case through that woman who tried to protect her husband. Please meet Bafana from The Presidential Cartel dubbed The Hockey Club for fictional purposes,” he wrote.

Jackie is the author of the BARE book series, which made for the most talked-about books in 2017 and 2018 and raked in some awards.

The author and social activist became well-known in 2017 when her books became a trending topic, scoring her interviews to elaborate on “The Hockey Club” that she wrote about in BARE: The Cradle of the Hockey Club and BARE: The Blesser’s Game.

In 2018, power couple Romeo and Basetsana Kumalo took Jackie to court, suing her over claims Romeo was a part of The Hockey Club.

At the time, Jackie had shared a series of tweets claiming there was “a sex tape involving the husband of a well-known media mogul with a younger rapper”.

In 2019, she was charged with crimen injuria and the Kumalos were granted a protection order against her, TimesLIVE reported.

According to an interview she did with Jacaranda FM in 2018, The Hockey Club is a secret society where young women and men (including celebrities and influencers) are auctioned off to wealthy people. Jackie alleged that it consists of businessmen and women, politicians from South Africa and outside, as well as other business entities.

In addition, she explained that the people on auction would allegedly engage in transactional sex.

“It’s a fancier way of human trafficking. They make you think that you’re getting things out of it… but they are moving girls around and that’s why you get reports that a girl has gone missing or started using drugs.”