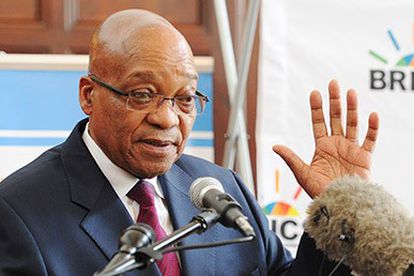 President Jacob Zuma during a media briefing ahead of the 5th BRICS Summit at the Sefako M Makgatho Presidential Guest House in Pretoria. South Africa. 25/03/2013

President Jacob Zuma during a media briefing ahead of the 5th BRICS Summit at the Sefako M Makgatho Presidential Guest House in Pretoria. South Africa. 25/03/2013

South African President Jacob Zuma has confirmed his upcoming attendance at the innovaBRICS conference in London on 27 October 2014. It is expected that he will be part of the line-up of speakers at the annual event among other attendees like Sir John Peace, Chairman of Standard Chartered and Melissa Waggener Zorkin, Founder and CEO of Waggener Edstrom.

The conference will focus on investment programmes in emerging markets, highlighting the work of various business and government leaders. Other speakers will include Zain Latif, the Founder of TLG Capital and Marcos Troyjo, Director of BRICLab at Columbia University in New York.

Fernando Faria, Founder of the innovaBRICS forum and chief organiser behind the event says that the 2014 conference will raise the bar to a higher level for the conference platform.

Brand South Africa will be one of the sponsors of the high profile event, adding some further Mzansi flavour to the conference. It is, however, unclear at this point which Mrs. Zuma will be coming alongside the president.