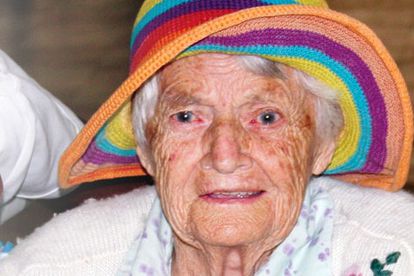 Two of Zimbabwe’s most important international charities – Homes in Zimbabwe (HIZ) and Zimbabwe a national emergency (ZANE) – have recently joined forces for the very first time.

The launch event, which was aptly called “Zimbabwe and Southern Africa: Hopes, Fears and Elections” was chaired by HIZ founder Nigel Kay and hosted an impressive panel of speakers including the founder of ZANE Tom Benyon, UK Ambassador to Zimbabwe Deborah Bronnert, leading Oxford academic Miles Tendai and Jennifer McCahill of the Zimbabwe Sustainable Clubfoot Programme.

‘The only social security system in the country’

“You have inherited a jewel. Keep it that way” is what Tanzania’s President, Julius Nyerere, advised Robert Mugabe when he took up the proud position of being the first president of an independent Zimbabwe in 1980.

33 years later Mugabe is still clinging to power. The regime of violence and intimidation has meant that many Zimbabweans – including pensioners, people with serious disabilities, world war two veterans and their widows – are now living in destitution.

Zimbabweans cannot rely on their government for help and thus ZANE and HIZ have come to represent “the only social security system in the country”, according to Benyon. “A lot of these people have been in a position to – and probably did – give to charity their entire lives… and now it is they that need to seek aid from others.”

Besides supplying basic necessities like food and clothes through gentle means testing, ZANE and HIZ get to know the people they are helping – “We are a communicational charity. We only help people once we have got to know them,”  said Benyon.

Many of the people who approach ZANE and HIZ for help have family and friends in other parts of the world, but they are too proud to appeal to them for help – “Of utmost importance is their need not to be a burden on their children”.

Giving to all sectors of the community

ZANE and HIZ have also just extended their charitable operations to include the Zimbabwe Sustainable Clubfoot programme.

Clubfoot is when a child is born with feet that turn backwards, so that they actually end up walking on the top of the feet instead of the sole. In Zimbabwe, there are almost 850 cases of clubfoot a year, and less than 10 percent of children born with clubfoot are treated.

What is so heart breaking about this, said McCahill, is the fact that clubfoot is a disability that can easily be treated through the Ponseti method. The problem in Zimbabwe is that the expertise is simply not available – there are only 10 orthopaedic surgeons in the entire country (none of which specialise in children) compared to more than 2,000 here in the UK.

What bothers a child with clubfoot the most?

“These children become outcasts within their communities” said McCahill. They cannot wear shoes, they often cannot walk to school because it is too painful, they get completely ostracised by their peers and entire families become the victims of witch doctors.

“Children start to feel the stigma, they want to be the last one fed… I cannot even fathom what they have to go through every single day” McCahill said.

The results of the Ponseti method are outstanding, it completely normalises the child’s foot, and the child will never even remember it. The entire treatment costs £150, far more than many Zimbabwean families can afford.

Nigel Kay started HIZ in 2004. He went to Zimbabwe for the first time in 1993 to visit his daughter who was teaching in Murewa. Despite the fact that she was “living in a concrete hut with only cockroaches as her companions” he and his wife fell in love with Zimbabwe and decided to semi-retire in Harare. Then in 2000, the Kays moved back to the UK, but they kept Zimbabwe in their hearts and decided to start HIZ to help struggling pensioners. It was originally supposed to be a five-year project, but 10 years down the lin, Kay is still trying to raise money.

Tom Benyon is a stern ex-army man who clearly has a passion for “doing the right thing.” Despite not having any personal links to Zimbabwe, he knew that what was going on there was not right so he decided to devote his time and effort to helping Zimbabweans in need. The fact that he will be walking from Holyhead to Oxford – a feat for a man half his age – is a testament to his strong character. The walk will be taking place in June/July this year and the aim is to raise £800 per mile. Through previous walks he has raised £840, 000 for ZANE.

Why did the two charities merge?

“It just made sense” said Kay.

“Nearly all our loyal supporters have said that the merge is the best thing we could have done…the general perception was that the two charities were essentially doing the same thing, so it could only be a good thing for us to join up because we can now take advantage of each other strengths. So yes, it has worked well.