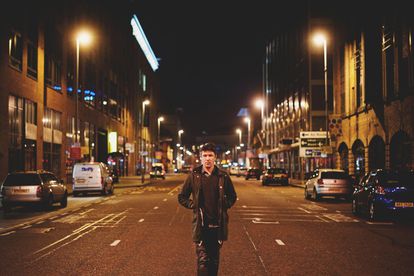 Last week a gutsy film called The Good Man with stories linked between Ireland and Cape Town was released on DVD.

This week, at the Cannes Film Festival, South African production company Spier Films’ classic western, The Salvation, is being screened in the festival’s prestigious Gala Section and in a few months’ time the contemporary thriller Eye in the Sky starring Colin Firth and directed by Johannesburg-born Gavin Hood (Tsotsi, Ender’s Game) will start shooting on various locations in South Africa. These are big films destined for the international market.

The only one available for viewing now is The Good Man (15) out in the UK on DVD now.

The Good Man is an intriguing film balanced between Ireland and South Africa, an interesting pairing of two very different but involving stories.

The Irish story is of Michael (Aidan Gillen), a hard-working banker and family man whose life goes off the rails when something he does inadvertently but damningly causes somebody to die.

Meanwhile, and unknown to him, in a slum in the shadow of Table Mountain, a clever young student, Sifiso (Thaband Sidloy), is drawn into an unavoidable clash with the police during an ongoing informal township struggle and ends his chance of a bright future. Through an unexpected business development Michael’s path crosses with Sifiso’s.

This is a very contemporary and fresh social drama. The South African side of the story is very frank and politically acute about life there now for slum-dwellers. It’s not maudlin, because the Xhosa population it concentrates on, has humour and is good-natured, but it’s tells a tough tale.

Both stories have been handled delicately in a very low-key, daring but believable manner. Director Phil Harrison, who also wrote it, worked with the Western Cape Anti-Eviction Campaign which is part of the Poor People’s Alliance, a grassroots movement which works for this overlooked population living on the rim of the beautiful tourist destination of Cape Town. This is a brave and dramatic little film with a disquieting message and some terrific performances. It covers unusual ground and best of all, it rings true. Kelly Campbell and Lunathi Mampfu also star.

The Cannes gala screening of South African co-production The Salvation will take place on Saturday 17 May. Spier Films worked with renowned Danish production company Zentropa to set up the Danish-South African-UK co-production.

The film is a classic Western set in 1870s America when a peaceful American settler kills his family’s murderer which unleashes the fury of a notorious gang leader. His cowardly fellow townspeople then betray him, forcing him to hunt down the outlaws alone.