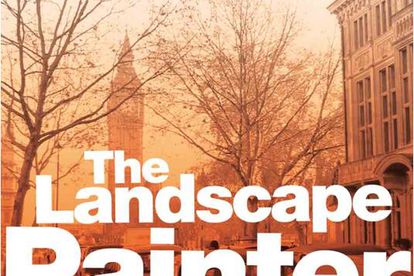 It is winter in post-war London in 1947 when Arthur Bailey, an elderly painter who lives alone, catches sight of a young woman about to move into the neighbouring bed-sit. Stirred to recall in haunting detail the long-suppressed narrative of his life 50 years ago, his personal landscape emerges as does the surrounding landscape in London and during the second Anglo Boer War in Johannesburg and Durban.

In both timelines Arthur is fascinated by and becomes obsessed with a beautiful young woman. The one moving in next door, Felicity, he tries to persuade is his non-existent but much-wanted niece except that he spies on her through a hole in the wall and steals her clothes while she is out, wearing them or simply fondling them in his pocket if small enough. The one in South Africa, Carwyn, is his so-called best-friend’s sister, a neurotic, selfish well-bred beauty, the woman who will haunt him for the rest of his life.

Craig Higginson has a dense yet lyrical style of writing and you get a very full, illustrated story – rich, descriptive, emotional and sensual – on every page. His feeling for the gold-mad streets of early Johannesburg, the grim battlefields of the Boer War and the austerity of post-Second World War Britain moving towards a whole new kind of social behaviour, is extraordinary. He paints his landscapes in words with a vivid sense of time and place, his characters firmly living in them. Betrayal, remorse, obsession and torment, with the odd flash of wit and the power of circumstance, leap off the pages the deeper you get into this epic 274 page novel.

The book has already won several awards for Craig Higginson, who lives in Johannesburg where he directs theatre and lectures at Wits University. I look forward to his next one.

THE LANDSCAPE PAINTER is published in the UK by Picador Africa.