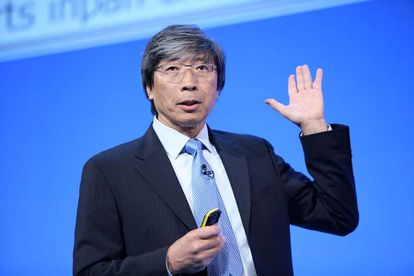 Born and raised in South Africa, Patrick Soon-Shiong is not only considered the world’s richest doctor, but the wealthiest man in Los Angeles too.

This is according to the Los Angeles Business Journal’s annual list of wealthiest Angelenos released in May this year which ranked Soon-Shiong No. 1 with a net worth of $15.4 billion.

Soon-Shiong was closely followed by yet another South African-born billionaire, Elon Musk, CEO of SpaceX and Tesla Motors, who has a net worth of $13.3 billion.

However, Forbes now estimates Soon-Shiong’s net worth to be at $11.6 billion, putting him behind Musk who has a net worth of $12.4 billion.

Soon-Shiong was born in Port Elizabeth in 1952. His parents had fled China during World War Two.

He finished high school at the age of 16 and became a doctor at the age of 23, finishing fourth out of 189 graduates at the University of the Witwatersrand.

Soon-Shiong then moved to Vancouver, Canada to do his surgical residency at the University of British Columbia. In 1979 he earned a master’s degree in surgery.

A fortune through drug development

In 1991, Soon-Shiong invented the pancreatic cancer drug, Abraxane, which was a redesigned version of a top-selling cancer drug called Taxol.

He founded two drug companies in the United States, American Pharmaceutical Partners and Abraxis, which he sold for $9.1 billion.

He then went on to build his NantWorks health empire.

In January this year, Soon-Shiong launched Cancer Moonshot 2020, the nation’s most comprehensive cancer collaborative which brings together pharma, community and academic oncology, government, and scientific communities to accelerate the potential of combination immunotherapy as the next generation standard of care in cancer patients.

Find out more about how Soon-Shiong intends to revolutionise cancer treatment.

Soon-Shiong has donated $135 million toward renovations of St John’s Health Center, and a further $100-million guarantee to the University of California regents to underwrite the reopening of Martin Luther King Jr. Hospital in South L.A.

As a member of the Buffett-Gates Giving Pledge, Soon-Shiong intends to give away at least half his fortune.