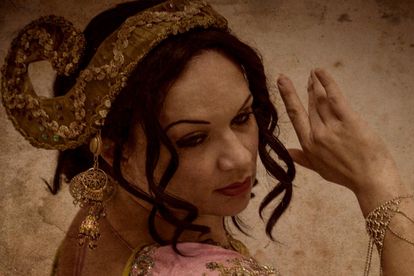 What goes through the mind of someone, who is condemned to die? What is somebody’s dying wish as they know exactly the time and place when they shall perish?

Perhaps more so now than ever before do these kind of question matter, as firing squads, gas chambers and gallows continue to end the lives of thousands of people around the world each year, whose choices may simply inconvenience or challenge the powers that be. Last week’s execution of 26-year-old Reyhaneh Jabbari in Iran exemplifies this kind of egregious imbalance of power between the state and the individual; between a woman and a patriarchy poised to ultimately destroy her.

Sadly, these themes aren’t new phenomena observed in a day and age where inequality may seem more obvious to note to so-called enlightened audiences. Less than a century ago, performer-cum-spy Mata Hari faced the same fate as women across the world continue to suffer today: they fall victim to a hateful system that simply won’t allow them to actualise any of their own dreams and visions for themselves, forever enslaving them to the overriding, overruling club of gentlemen that in one way or another can only seem to resolve conflicts by way of violence.

But it takes another mystery woman to explore the depth of character of a figure as enigmatic and tragic as Mata Hari – whether set against its own context or projected onto the issues of our contemporary age. Aletia Upstairs and her sensitive approach to this intriguing spy story that never was does every last bit of justice to women across the globe, who are fighting every day to save a little bit of their dignity – oftentimes in vain.

A staunch feminist in her own right, Aletia’s poetic narration of Mata Hari’s tragic life based verbatim on her letters and interviews examines not only the story of another such doomed woman at the heart of the macho structures of her time. Aletia introduces a human face to a much misunderstood and undervalued story: that of a woman hanging by a thin thread to save her own life, where dramatic irony gives way to notions of empathy and mercy that are typically rather alien to the art form of cabaret.

This is a show that is carried effortlessly throughout by Aletia’s astute insights and sensitive observations. Featuring some of her own songs as well as much-loved tunes across the decades, the Mata Hari show manages to speak to every last audience member, teaching much more than just a glorified history lesson.

Mata Hari became known as a courtesan and an exotic dancer importing Indonesian temple dance to Europe – long before there was such a thing as “exotic dance”. A notorious figure in Parisian society, Dutch-born Margaretha Geertruida Zelle quickly managed to become the most famous femme fatale of her day through a series of fateful accidents, ultimately reinventing herself as the swarthy and obscure Mata Hari.

But in 1917, at the height of the first World War, Mata Hari was imprisoned in France, accused of espionage for the German enemy and sentenced to die following an extensive framing campaign against her. Awaiting her death by a French firing squad, Mata Hari reflects on the course of her life, leaving the audience wondering whether she would have done anything differently had she been given the chance – or the choice. Would you?

“But I beg you to believe me, I never did a single act of espionage against France,” she says as she faces her adversaries squarely in her dying days. It becomes clear that Mata Hari saw her death as her final performance.