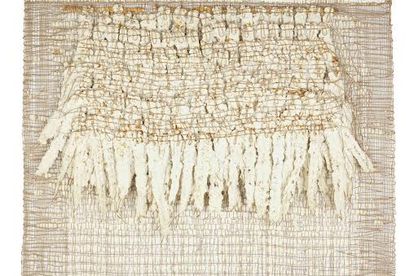 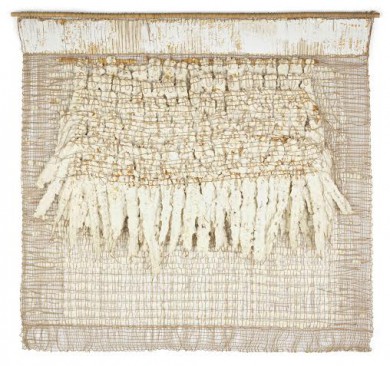 A rare piece of ANC heritage that links Nelson Mandela to another leader of the armed fight to end apartheid, Arthur Goldreich, will be sold at Bonhams South African art sale on 19 March in London.

Giles Peppiatt, Head of South African Art at Bonhams says: â€œThe work was conceived as a mantle for Nelson Mandela to fly from jail. A sort of magic flying carpet idea.”

As opposition shifted from peaceful protest to violence in the 1960s Arthur Goldreich, an artist and designer, became a leading ANC planner who travelled widely overseas seeking military aid and information on making weapons in East Germany, Russia and China. He wrote a detailed plan for the overthrow of South Africa based on blowing up key industrial targets. He and his family lived on Lilliesleaf Farm in Johannesburg. This became the centre of planning for the ANC’s military wing, Umkonto we Sizwe, Spear of the Nation. On July 11 1963 the police raided the farm and took Golreich and Walter Sisulu, the ANC’s Secretary General, plus 15 others captive. Nelson Mandela had been arrested the year before.

Unlike Mandela, Goldreich managed to escape prison with another colleague Harold Wolpe, a lawyer and ANC activist, by bribing a guard and dressing up as priests. During one of the most tense periods of the anti-apartheid struggle, a single-winged Cessna aircraft carrying two priests in dog collars took off from an airstrip in Swaziland and flew across South African territory to British Bechuanaland. The “clerics” stepped out to a rapturous welcome from the local African National Congress. The escape of the freedom fighter Arthur Goldreich had been accomplished.

Nelson Mandela valued Goldreich because of his experience fighting in Israel during and after the War of Independence in 1948. Goldreich went on to head the design department of the Bezalel Academy of Arts and Design in Jerusalem. In 1994 he returned briefly to South Africa to attend a reunion at Lilliesleaf which has since been turned into a museum.

Goldreich produced this fascinating work dedicated to Nelson Mandela in 1983, when Mandela was still incarcerated.