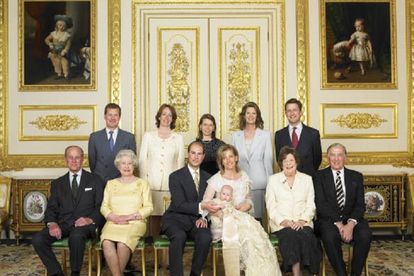 This year is about to get a little more fabulous for the British monarchy: Lord Ivar Mountbatten will be part of the first ever gay royal wedding.

He is the cousin of Queen Elizabeth and he will be tying the knot with his partner of the last two years, James Coyle. The pair met during a skiing trip and hit it off straight away.

When and where will the gay royal wedding be held?

Mountbatten tends to live a very private lifestyle, so you can forget the pomp and ceremony of a wedding in Windsor. The couple are opting for a service at their country estate in Devon, a sleepy county in the south of England.

No dates have been released to the media yet, but during an interview with the Daily Mail last month, Lord Mountbatten confirmed they’d be getting married during the British summer – which has six weeks left to run.

After welcoming the Royals’ first marriage of an interracial couple between the Duke and Duchess of Sussex, preparations are now in full swing for the first homosexual ceremony. But what do we actually know about the groom-to-be?

Who is Lord Ivar Mountbatten?

His lineage is pretty spectacular, even by royal standards. Not only is he the Queen’s cousin, but he is also the great-great-grandson of Britain’s longest-ruling monarch, Queen Victoria. His family tree also ties him to Prince Philip as a first cousin, once removed.

He hasn’t just coasted off his aristocratic status. Mountbatten is a fully-fledged geologist and has previously worked as a farmer. So he knows a thing or two about “breaking new ground” even before this landmark wedding.

We’ll go easy on the puns from here on in.

His ex-wife is acting as his chief wedding planner

Ivar told wife Penny about having an attraction to men shortly after they met. The pair divorced seven years ago, but she has remained a bedrock for her ex-husband. Penny has welcomed the new relationship and says she has seen Ivar happier than ever before, now he’s allowed to be himself.

In fact, he’s perhaps so carefree these days, that he’s even letting Penny plan the wedding. During an interview with The Express, Mountbatten confirmed that his first love is even ready to “give him away” on the big day. Love really does win, guys!

Ivar’s uncle was assassinated in Ireland

The name “Lord Mountbatten” will sound familiar to you, as it is one of high significance in the monarchy. Lord Louis Mountbatten held various senior ranks in the British military and served his country in-office whilst India remained under colonial rule.

Ivar’s uncle fell victim to a bomb planted on a boat by the Irish Republican Army (IRA), which killed him and his grandson in County Sligo, Ireland.

He’s the chief of the Mountbatten Program

Lord Ivar Mountbatten is certainly a charitable fellow and he assumed the patronage of the Mountbatten Program in 2018. The foundation is responsible for connecting top global businesses with the brightest young professionals.