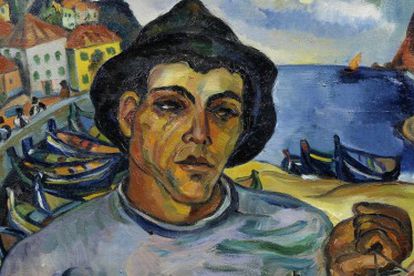 So far, it’s the most expensive painting to be sold in the United Kingdom this year. It appears that the art world is still enamoured with South African artists, showing a great demand in the UK and other European countries.

Bonhams’ R25m sale of South African Art on 18 March in London was led by the prices for the country’s two favourite artists: Irma Stern and Jacob Hendrik Pierneef.

‘Fisherman, Madeira’ by Irma Stern (1894-1966) executed during a particularly difficult period in the artist’s life in 1931, was regarded by the former director of Pretoria Art Museum, A.J. Werth, as one of Stern’s “finest oils”. As of yesterday it is the highest priced painting achieved for South African art this year, sold by world record holders for South African art, Bonhams, the international fine art auction house head-quartered in New Bond Street.

Stern’s visit to Madeira coincided with the collapse of her marriage to Johannes Prinz. Shortly after arriving on the island, she suffered a nervous breakdown. Many of Stern’s Madeiran paintings reflect her anguished mental state. When exhibited in Cape Town in 1935, a critic commented on the work’s “sinister” colours and “hectic, feverish atmosphere”.