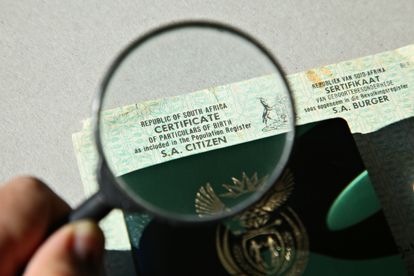 For the many South Africans residing abroad, something that is time-bound is the attempt to get a visa. Not to travel, but to stay living, and sometimes working, in a foreign country.

However, with the recent lockdown affecting even the most basic of services across the country, obtaining personal documents for these applications hasn’t escaped the cut. SAPS (for police clearances), the Department of Home Affairs and various other government departments are not issuing certificates of any kind.

In addition, courier companies in South Africa, such as DHL, have been barred from transporting anything deemed “non-essential”, even though these documents should qualify as such. In other countries, courier firms are working more than ever, handling a giant demand for goods bought online – anything can be bought and delivered. This is apparently not having an effect on the virus numbers and appears to be an oversight by the SA government.

“Police clearances are still a possibility, but only if you can use a PDF scan thereof until the courier firms are allowed to ship papers or documents,” said a spokesperson at Apostil.co.za, a documentation firm that queues on behalf of clients at various spots in SA. “But apostilles and legalisations, birth and marriage certificates, as well as letters of no impediment for those wishing to marry overseas – all of those aren’t possible right now.”

The Department of Home Affairs has thus far allowed foreigners in South Africa a grace period in which to stay in SA without a renewed visa. But for those South Africans abroad, it would be hugely helpful if a skeleton staff could still assist them in getting essential documentation.

Apostil.co.za has mentioned that sending in applications for some services can be done online or through email, and thus many clients are merely waiting for government services to resume to be first in line to receive their documents.