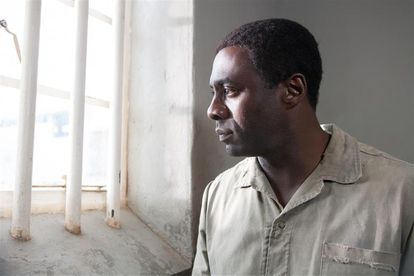 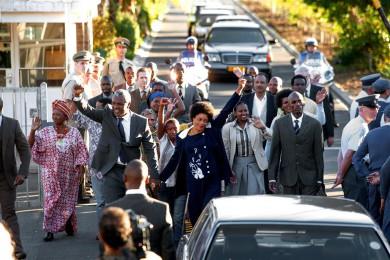 When the movie Mandela : Long Walk to Freedom opens in South Africa next week there will be many people holding their breath to see if it will be a hit, including the leading man, Hackney-born actor Idris (Stringer Bell in The Wire) Elba, who plays Madiba.

“I was scared of taking the role,” he says, “I initially thought my agent in South Africa was joking when he rang me and said, ‘Do you want to play Nelson Mandela?’ Denzel Washington has had this script for so long and everybody in this industry knew he would play Mandela one day.”

Elba, 41, however, leapt in and worked with a voice coach for months for the role. The result on screen is that not only does he sound like Madiba but he has also got that tall, impressive statesman’s gait, gracious manner and the ‘look’, despite not looking at all like him. He never met Mandela for the role, choosing instead to base his performance entirely on the book.

Directed by Justin Chadwick, who made the Kenya-based film The First Grader and met Mandela before starting to shoot the film, and co-starring Naomie Harris (Skyfall) as Winnie, the producer Anant Singh first met Mandela six weeks after his release from prison. Before Long Walk to Freedom was published in 1995, Mandela invited Singh, a third generation South African and one of the leaders of the country’s film industry, to look at the manuscript. When the book was published and the offers came flooding in from Hollywood to make the movie, Mandela said to Singh, â€œThis is a South African story, and I want you to tell it.” 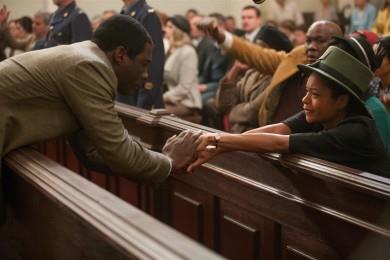 The film, which is a beautifully-made, pacy linear tale based on the book, shows South Africa how Mandela must have seen it at the time. Parts are terribly visceral and gruelling, parts are pure South African bliss like sunrise over the Transkei hills. It tells the story of the harsh realities of South African life under apartheid, always keeping it close to the people and actions that made up Mandela’s remarkable life.

Packed into 146 minutes, a lot of stuff had to be left out and at times the level of analysis of the political situation is a bit skimpy, but the film is absorbing and powerful, filled with fine performances, not just from Elba and Harris, but also Riaad Moosa playing Ahmed Kathrada, Tony Kgoroge as Walter Sisulu and Fana Mokoena as Govan Mbeki. 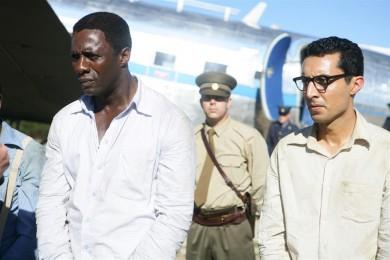 The hardest part for Elba, born to Ghanaian and Sierra Leonean parents, was â€œwalking into crowd scenes full of extras who had never seen me before”. ‘How do you get these people to look me in the eye when I was speaking and believe me as Mandela?’

How did Elba keep his calm amid his recent storm of hard-hitting roles like Mandela, TV’s Luther and The Wire, and Pacific Rim in which he starred as Stoker Pentecost, a commander charged with rescuing Earth from an impending apocalypse?

Read our other review – ‘Mandela: Long Walk to Freedom’ a flawed yet powerful film