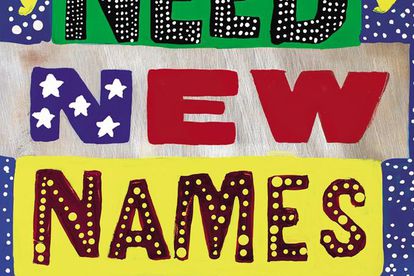 NoViolet Bulawayo, whose short story ‘Hitting Budapest’ won the 2011 Caine Prize in African Writing, is back with her debut novel We Need New Names.

The New York Times, Granta and Oprah’s magazine gave it rave reviews. Now, it’s our turn to experience this sensation.

Darling, the first person narrator lives in a shanty town called Paradise. Her motley crew consists of Bastard, Sbho, Chipo, Godknows and Stina. Chipo is pregnant with her grandfather’s child. Darling and her friends don’t attend schools as they are all closed. The teachers fled. The children raid Budapest, an affluent area, and steal guavas to keep hunger at bay.

They spend time playing old games like Andy Over and Country Game. They also create new ones like Looking for Bin Laden, or trying to get rid of Chipo’s pregnancy. However, games like the theatrical re-enactment of Bornfree’s murder leaves your spine tingling. Bornfree is a member of the Real Change party. Unbeknown to the children, a BBC crew are watching them play after his burial in Heavenway. A crew member asks them, â€œWhat kind of game were you just playing?” Bastard replies, â€œCan’t you see this is for real”. The harrowing events they witness are captured humanely, with humour and sensitivity.

Darling is alienated from her friends. She’s whisked away to America. Her loss is tangible. The real America is different to the one she imagined while in Paradise. She makes new friends. They steal a car and watch forbidden videos. Darling introduces us to characters like the indomitable Tshaka Zulu. He performs at Zimbabwean events but he’s a patient at Shadybrook. Darling discovers people work two jobs in America or marry for papers. She’s trapped in America; she can’t return home because she has no papers. She reflects, â€œWe dropped our heads because we were no longer people; we were now illegals”. Darling beautifully articulates the esoteric details of forced or self-imposed exile.

Bulawayo’s narrative is poetic prose. Her voice is authentic and singular. She fuses a range of poetic devices such as repetition or poetic licence inducing a hypnotic cadence. She mixes simple, complex, compound and compound-complex sentences which end with a twist. Bulawayo defamiliarises English through her blend of English, Shona, Ndebele, location [loxion] and text speak. The language is at times crude, challenging conventions, propriety, taboo and tradition.

She sensitively addresses issues such as displacement, delinquent fathers, incest, political violence, stigmas like AIDS and tradition. It questions themes such as colonialism, Christianity, dictatorship, immigration, and Chinese and Western imperialism. No subject is untouched.

Bulawayo’s a witty writer. Her love for her subject is infectious. She’s an astute social commentator and observer. She’s mastered her craft. She balances her creative and technical skill with such command and control of her subject; it’s exciting because this is her debut.

We Need New Names is a work of outstanding quality from an exceptional talent. It’s like a mature wine; it’s ready to be consumed.

NoViolet Bulawayo was born in Zimbabwe. She moved to Kalamazoo, Michigan at the age of eighteen. She earned her MFA at Cornell University, where she was awarded a Truman Capote Fellowship. She is currently a Stegner Fellow at Stanford University. Her work was shortlisted for the 2009 South Africa Pen Studzinsi (judged by J.M. Coetzee). Her work also appeared in Callaloo, the Boston Review, Newsweek, Warwick Review as well as other anthologies in the UK, South Africa and Zimbabwe.