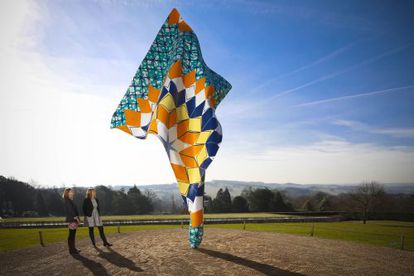 AFRICAN art is more alive than ever as artists fetch ever-growing sums at auctions worldwide. Contemporary African artists may today be celebrated as part of the wider global art scene but this is only a rather recent development.

Only recently acknowledged and appreciated, African art has run a difficult course ion the past, usually succumbing to the pressures of imperial rule. Initially spread through colonial exports as ‘novelties’, African art in Europe thus remained in the hands of anthropologists as artefacts of indigenous cultures from the Dark Continent, robbing the artists behind these creations of any sort of recognition. Often stolen or taken out of original context and deemed â€œtribal”, the appreciation of the aesthetics of African art only began much later, resulting in large parts of African Art history not being documented until well into the 20th century. 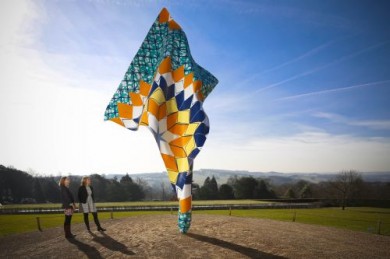 It is here where African Art begins to be closely interwoven into Western Art traditions. European artists such as Pablo Picasso and Henri Matisse are alleged to have taken inspiration from African art forms, creating a move away from traditional Western art, which can still be felt in contemporary art today, making African art a cornerstone of modern art. However, African Masters also confirms that none of the European giants of art would acknowledge these influences, which in hindsight seem all too obvious. Think of Picasso’s contorted depictions of the human form within the context of Cubism and compare them to African sculptures and ceremonial masks, and it all starts to make sense.

AndrÃ© Magnin, one of the world’s greatest collectors and curators of African Art, believes that a deep awareness of art exists in all cultures but isn’t always highlighted in equal ways: â€œThe idea behind (my exhibitions) is to show that a high level of knowledge and art was present everywhere, in all cultures. Even though the meaning of the term ‘art’ might differ from one culture to another.”

Yinka Shonibare, the artist behind the â€œShip In A Bottle” installation on Trafalgar Square’s Fourth Plinth, says that it is this ambiguity of art that is a driving force for him to cross cultural boundaries. â€œI put Nelson’s HMS Victory in a bottle with African textile sails. What I find amusing about that piece is that African Nationalists thought the sails were celebrating Africa, while British Nationalists thought that I was actually celebrating Nelson.”

But it wasn’t always that easy to span continents and break the mould of the more traditional understanding of art. South African award-winning artist William Kentridge says that due to the blockades and sanctions against South Africa, local artists never expected to reach a wider audience outside the country, stifling the growth of the art scene in South Africa dramatically. â€œWe knew we weren’t going to be invited to big exhibitions and so on.” Today, Kentridge’s works are among the most celebrated in the world, showing the fluidity of change in art.

The African Masters series underlines many other African artists and takes a deeper look into their methodology by joining them in studio sessions, including El Anatsui and Sokari Douglas-Camp.

The Africa Channel is available on Sky Channel 209 and Virgin Media channel 828 in the UK.