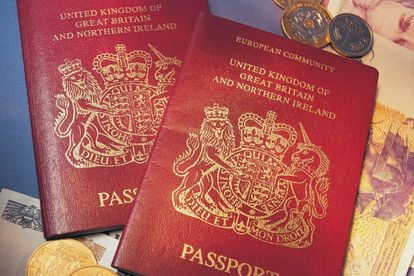 Some claims to British nationality can be incredibly complex and are only discovered by analysing old nationality law.

The type of citizenship you have is important because it determines whether a person can pass their British citizenship on to their children born outside the United Kingdom.

We recently had two clients come to us seeking assistance with their British citizenship claims. Through researching their individual cases, we found two anomalies in the law that allow both clients (and their children) to claim British citizenship. These are the two solutions we discovered through our research:

Our first client was born before 1983 in Namibia (then known as South West Africa). Their grandfather was born in South Africa and relocated to Namibia before 31 December 1948.

This makes our client eligible to claim British nationality because both their father and grandfather would have been born with British subject status and retained this throughout their lives.

Let’s break down what that means and why it gives our client eligibility.

What is British subject status?

According to British law, until 1949 nearly everyone with a close connection to the United Kingdom was considered a “British subject”. Even citizens of the big Commonwealth countries (that were given wide powers of self-government in 1949) were also collectively referred to as “British subjects”.

Usually, British subjects by birth cannot pass down nationality two generations where the births take place outside of the UK. However, where a person is connected to a Commonwealth country but does not become a Commonwealth citizen, their residual British nationality rights could pass down to children.

Therefore, because our client’s grandfather relocated to Namibia before 1949, according to the South African Citizenship Act of 1949, he did not become a South African citizen but rather retained his British subject status by descent.

Our second client was born in South Africa before 1949 to a father who was born outside South Africa in a European country. Therefore, when their father relocated to South Africa, he was considered a “foreign alien” and did not automatically receive South African citizenship. Instead, he kept his British subject status and could pass it down to his children (and, in some circumstances, his grandchildren).

Were you born to a European father?

If you were born before 1949 in South Africa to a father who was born in a European country, you may be eligible to apply for British nationality.

In our client’s case, the father would have retained his British subject status and, after 1 January 1949, have become a become a citizen of the UK and colonies (CUKC). This individual could then hold dual citizenship from the UK and the European country of origin.

In some of the older laws, nationality transferred indefinitely down the male line. We are looking into these applications and will determine whether a client is eligible on a case-by-case basis.

The key criteria of this solution are:

You were born before 1 January 1949 in South Africa and your father was born outside of South Africa in what was considered a “foreign country*”.

*Some of the areas considered a foreign country include:

Find out if you have a claim to British Citizenship

Complete our online nationality assessment if you think that you or one of your parents meet these criteria, or you simply want to know whether you might have a claim to British nationality through your own family tree

Contact one of our advisors on citizenship@sableinternational.com or call us on +27 (0) 21 657 2139 for more information.