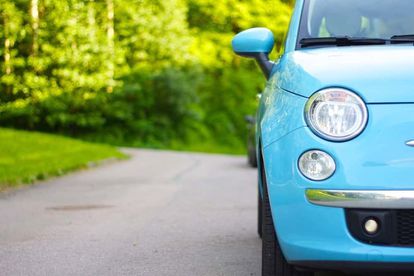 Officially you have up to five years to make this exchange but you will not be allowed to do so after your SA licence has expired. If your SA licence expires you will have to fully retake your driver’s test in the UK or get a new one issued in South Africa.

To swap your credit-card style licence you need to visit the Driver and Vehicle Licensing Agency (DVLA) website and download order form D1 here. You will need to send the completed form, a £43 fee and documents specified (including your SA credit-card style driving licence – which you don’t receive back) to the address on the form. The process should take no longer than three weeks, or you could get Soft Landings to take care of it on your behalf. The forms are also available at your local post office.

It is highly illegal to drive an uninsured vehicle in the UK. Third party insurance is the legal minimum but you will be well advised to ensure you have comprehensive insurance. Comparison insurance websites offer a good start to look for the best deals. Soft Landings warn that unlike South Africa where a vehicle’s insurance is not necessarily linked to specific drivers, almost every insurance policy in the UK is directly linked to specified drivers. This means that only the persons specified to drive your vehicle, like you and your spouse – or children of a legal driving age – will be allowed to drive your car. If you drive a vehicle you are not insured to drive, or an uninsured vehicle – you can be given a fixed penalty of £300 and six penalty points (see penalty points below). Soft Landings will be able to connect you with direct links to their contacts within the insurance industry.

The Highway Code, first published in 1931, is a set of advice, guides and mandatory rules for all road users in the United Kingdom. Its objective is to promote road safety. Even if you are an excellent road user, The Highway Code makes for essential reading if you intend to drive in the UK. While many rules might seem similar to what you will be used to in South Africa, it does contain information that’s unique to the UK, like explaining the difference between two yellow lines on the side of the road as opposed to one, or what the speed limit is when you see a weird looking white sign with a black line drawn through it at a 45 degrees angle (see below under ‘Speed limits’).

In South Africa, the imperial system for road signs was abandoned as far back as 1961. It is still in use in the UK. All limits and restrictions are set in miles per hour (1 mile = 1.61 kilometres) and yards (1 yard = 0.91 meters). Knowing the national generic limits for cars and motorbikes will make life a lot easier, so you don’t have to convert in your head while driving. On UK roads, it is unusual to find speed limit signs unless the speed limit differs from the ‘standard’ limit for that road type. You will merely see the sign mentioned above and it is your obligation to know what speed limit applies. The column below will explain what you need to know:

If police catch you speeding, you are at risk of:– A verbal warning;– Attending a speed awareness course, which you’ll have to pay for;– A Fixed Penalty Notice (a speeding ticket) plus a £100 fine; or– Prosecution. You will have to go to court and you could face a fine of up to £1,000 (£2,500 if you were speeding on the motorway) and a possible driving disqualification.

Soft Landings also indicates that the courteous behaviour of most UK drivers might come as a surprise to foreigners. When trying to get into a busy road, almost always someone will give you a chance with a wave or flash of lights. The best thing to do, is do the same next time you see someone trying to get in. Another interesting experience is the cars parked in the road. A lot of roads are not very wide and cars are allowed to park in the road. This means a lot of only one lane situations. Again, the polite British drivers will always give way to another driver, and often thank them with a hand gesture for doing so.

Terminology – you may have heard this before, but it remains important. What you would refer to in South Africa as ‘robot’ is a ‘traffic light’ in the UK. A ‘traffic circle’ is called a ‘roundabout’. Get these wrong and you will be greeted with blank stares. And while on the topic of traffic lights, before traffic lights turn from red to green in the UK, you will see a yellow flashing light. This simply means you may proceed if it is safe to do so, even if the green light is not on yet.

Zebra crossings – it is mandatory to stop at what is called a ‘pedestrian crossing’ in the UK if a pedestrian has stepped onto it. Many crossings are monitored by CCTV and your £100 fine will be in the post if you fail to do so.