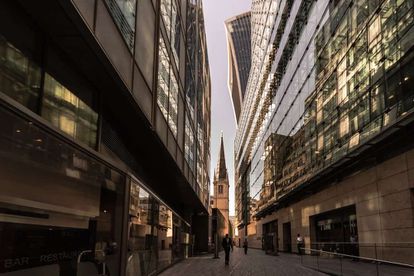 According to Scott Brown, MD of Sable International Accounting, there are three reasons for the increase in enquiries: South African business owners can remain in SA and set up a UK business, they have expansions opportunities from the UK into Europe, and thirdly corporate tax is less in the UK than SA.

“There has been an increase in enquiries from companies in the FinTech space, which makes sense since this sector is growing globally,” said Brown.

Chris Wilkins, CEO of DTH is one of the latest SA FinTechers coming of age with an expansion into the UK. According to Wilkins, DTH was at the right stage of its lifecycle, were not reinventing the wheel and offered a compelling alternative to a mature established model in the UK.

Practical business factors also played a role: same time-zone, language, Anglo-Saxon business culture, Cape Town as a destination in itself, strong business and familial ties, and a Rand that is expected to deteriorate faster against the BP than the Euro or the Rupee.

Wilkins cautioned that waiting until your company is one of the top three significant players in your sector in SA, before spreading your wings, gives you an advantage.

“Expect the UK market to take twice as long and cost three times as much to break into,” said Wilkins.

Wilkins elaborated on a few things to bear in mind when expanding to the UK:

“When opening a subsidiary in the UK, the owners or management are not required to live in the UK. In fact, they do not even need to travel to the UK to do the paperwork or set up the business. If they wish to employ South Africans in the new UK subsidiary, these staff would go through the usual visa application process,” said Brown.

But Wilkins warns that you give your company a better chance of success if you have a senior presence in the UK regularly.

“Avoid the SA mistake of parachuting in a SA citizen with a pat on the back and a few words of encouragement; it really does not work.”

Wilkins advised keeping a hands-on approach at all times. “Otherwise it will cost a fortune and the most senior people must be fully involved. Start-ups are tough in SA, they are incredibly difficult in the UK.”

Brown added that Sable International has experienced more of the subsidiary applications than the Entrepreneur Investment Programme application since this route is simpler and cheaper.

“To be honest, I have been surprised by the increase in enquiries, considering the Brexit uncertainty at the moment.”

The UK government has removed obstacles and offering sweeteners to companies wishing to expand to the UK and is offering grants and incentives to companies opening up, particularly in the northern parts of the country.

Brown added: “The stability of the UK economy is in part due to rigorous legislation and controls, and opening a business in the UK is a complicated business, so I would always advise that a South African business wishing to expand should consult their local tax expert, as well as seek professional advice in the UK.

Wilkins concluded: “It takes time, patience, money and the utilisation of skills from specialists in the field as there are plenty of hurdles to jump through, including company incorporation, opening a bank account, obtaining Visa’s, different tax regimes, and relocation or travelling logistics for staff.”