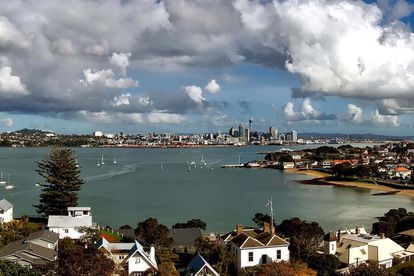 Auckland is the city of choice for most migrants to New Zealand. Image: Pixabay

Auckland is the city of choice for most migrants to New Zealand. Image: Pixabay

New Zealand has traditionally been a popular destination for emigrating South Africans.

The country also offers valuable job opportunities to many South Africans who might otherwise be unemployed, or employed below their professional capability, in South Africa.

Stats NZ defines “migrant arrivals” as overseas residents, including New Zealand citizens living overseas, who cumulatively spend 12 of the next 16 months in New Zealand after arriving.

The figures show South Africans are the third-largest group of migrants to the country for the period October 2019 to March 2020, with 7,100 migrants entering from here.

Immigration figures have fallen since April due to border closures and travel restrictions.

About 95,000 people are estimated to have entered New Zealand from October 2019 to September 2020. Most were New Zealand nationals, at 44,000 people, followed by Indian and and Chinese nationals.

The coronavirus has affected the number of people travelling to New Zealand since April, and so Stats NZ’s annual statistics include the actual number of foreign visitors entering only until the end of March.

Border closures, travel restrictions and the country’s mandatory 14-day quarantine have had a big impact on the number of people travelling to New Zealand.

“Annual net migration estimates provisionally peaked at almost 95,000 in the year ended March 2020; however since then migration has fallen due to travel and border restrictions.”

It is estimated between 80,000 and 100,000 visitors are still in New Zealand. Many have been unable to leave the country due to the travel restrictions and border closures as a result of the pandemic.

New Zealand closed its borders to international arrivals in late March. Since April, only New Zealand citizens and foreigners with residence permits have been allowed to return.

Overseas residents must indicate their occupations to the New Zealand authorities on arrival.

About half of the 26,900 people who arrived in New Zealand between April and September indicated their occupations as shown above. However, occupations were not recorded for students, retirees, children and people who did not provide a response.

AUCKLAND THE DESTINATION OF CHOICE

Auckland is the largest city in New Zealand and is located on the country’s north island. The city is home to about 1.7 million people.

Stats NZ data shows about 13,000 overseas resident arrivals between April and September provided street addresses in the Auckland region, which indicates that Auckland is still the preferred destination for most overseas residents.

“However, they may end up staying elsewhere during their time in New Zealand,” Islam said.