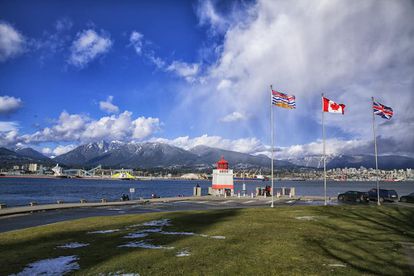 Over the past two years, South African residents have been in the top ten immigrants to Canada by country of origin under the Express Entry system.

This is not surprising given the fact that the number of people trying to immigrate to Canada has risen over 65% since 2017. Canada is appealing for many reasons, including universal healthcare, top-ranking public education, low unemployment and a welcoming immigration policy.

Canada offers a wide variety of options for those looking to emigrate from South Africa. Some may be temporary, while are permanent and can be a pathway to Canadian Citizenship.

The first option for South Africans is a visit visa. This allows individuals to visit Canada for up to six months at a time to explore the country and see if they like it. The cost for this visa is $185 CAD (which includes biometrics). For those who decide that they like Canada and would like to move there, there are several different options which can be explored.

The first option for those wanting to move to Canada is a work permit. This allows the applicant to live and work in Canada for a limited period of time (typically one – two years).

After working in Canada, the applicant may then be eligible to apply for Permanent Residency under one of several immigration programs. In order to be eligible for a work permit, the applicant would need to have a job offer from a Canadian employer who is willing to support their application.

This may involve proving that they have tried to recruit locally (in Canada) and could not find a Canadian to fill the position. The Work permit fee is $240 CAD (which includes biometrics). If the worker is married, in some cases their spouse can be issued with an open work permit. Any dependent children would also be eligible to accompany their parent.

For those looking to pursue their studies in Canada, they can apply for a Canadian study permit. This would allow them to study in Canada, and in most cases work up to twenty hours per week. If the applicant is married, their spouse can go with them and would be issued with an open work permit. Dependent children can also accompany the applicant.

After studying in Canada, the applicant may then be eligible to apply for a Post-Graduation Work Permit which would allow them to work for any employer in Canada in any occupation. These can be issued for up to a three-year period (based on duration of program of study).

After studying and working in Canada, many applicants are then eligible to apply for Permanent Residency under one of several different immigration programs. The Work permit fee is $235 CAD (which includes biometrics)

Canada offers numerous different ways to apply for Permanent Residency without requiring a job offer. This includes making an application under the family class, one of the economic classes or one of the provincial nomination programs. Application fees are typically $1,125 CAD per adult applicant.

Sponsoring certain family members requires that the sponsor meet a certain yearly income in order to apply. Relations you can sponsor to Canada under the family class include:
· Spouse / Common-Law Partner / Conjugal Partner
· Parent (including adoptive parents)
· Child
· Grandchild
· Brothers, sisters, nephews, nieces, or grandchildren who are orphaned AND are under 18 AND do not have a spouse or common-law partner

A Canadian Citizen or Permanent Resident can also sponsor any one relative to Canada, regardless of age, but only if they do not have a living relative who is one of the following AND they do not have any other living relatives who are a Canadian Citizen, Canadian Permanent Resident or a Registered Indian:
· Your spouse/common-law/conjugal partner
· Your child
· Your parent
· Your grandparent
· Your sibling
· Your aunt or uncle

These programs target foreign nationals who are highly skilled and have at least one year of full time paid skilled work experience, have experience working in certain trades for two years or longer in the past five years, have already worked in Canada for one year or longer in a full-time paid skilled position, or have work experience in certain occupations which are in demand in specific parts of Canada. These applications can be processed in six months or less.

Canada has many other options for those who cannot apply through the Express Entry system. They tend to be more complicated and take longer to process. They include specific programs for entrepreneurs, those looking to start a business in Canada, those looking to invest in Canada, those already working in Canada on a valid work permit, those who have completed an educational qualification in Canada or those with a job offer from a Canadian employer.

In order to apply for Canadian citizenship, you need to hold Canadian permanent residency status and need to have spent a total of 1095 days in Canada within a five-year period before applying.

Most applicants will also be required to prove that they have filed personal income tax in Canada for three years within the five years before applying, that they have passed a Canadian citizenship test and that they are proficient in French or English. Canada allows dual citizenship, which means you do need to renounce your current citizenship in order to obtain it unless your country of origin requires you to.

With so many different pathways for people to immigrate to Canada, its popularity is sure to increase in the coming year. With other popular destinations for South Africans becoming more restrictive, Canada is fast becoming the best option for those South African looking to emigrate.