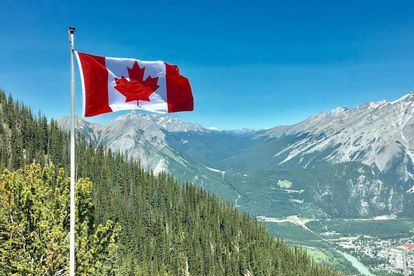 We spoke to the experts at Canada Abroad to hear more about how families are being reunited in Canada.

The question we are asked most often by our clients is: “Can I bring my parents with me to Canada?” The short answer is that you can, as soon as you have activated your Permanent Residency.

Canada recently announced their Immigration Level Plan for 2019 – 2021, which shows that they will be allowing four times as many applications under the Family Class for Parents and Grandparents of Canadian Permanent Residents and Canadian Citizens from 2019 as in previous years.

In 2019, Canada will be accepting 20,000 new applications under this class and will be discarding the current lottery system where potential sponsors were chosen completely at random. Those not chosen, could not sponsor their parents or grandparents.

In 2019, the system will go back to a first come first served basis, meaning that all permanent residents and citizens will be allowed to submit an application. The government will then process them in the order received until they have filled the yearly quota.

Once an immigrant arrives in the country, they become a permanent resident of Canada. After they have become a permanent resident they need to meet certain criteria before they can sponsor their Parents or Grandparents for Permanent Residency, which takes a minimum of three years. While you are waiting to meet this criterion, Canada offers other visa options allowing parents and grandparents to stay in Canada with their family.

The first option is a Temporary Residence Visa typically referred to as a visitor’s visa, which allows the parent or grandparent to remain in Canada for a maximum of six months within a twelve-month period. Parents and grandparents would only be visiting the country and cannot work on this visa. In the event that the parent or grandparent already has a valid multiple-entry visitor’s visa for Canada, they do not need to apply again.

The second option is a super visa which allows the parent or grandparent to remain in the country for a maximum of two years without having to exit. They can then also apply for an extension of an additional year from within Canada.

As per the visitor’s visa, they cannot work on this visa either. In order to be eligible for this visa the parent or grandparent needs to prove that their child or grandchild is earning enough income to support them while in Canada. This amount varies from year to year and is based on the sponsor’s family size, including the parent(s)/grandparent(s) applying for the visa.

Below are the current income requirements:

In order to apply for permanent residency, the child or grandchild in Canada would need to be able to prove that they had met the minimum necessary income requirement for the three consecutive years prior to sponsoring their parent or grandparent.

With Canada allowing more applications for parents and grandparents under the family class, they are allowing new immigrants to ensure that they can keep their family together and to start-off in their new country surrounded by their support system.