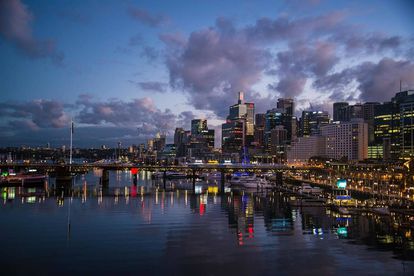 There’s something so very alluring about the promise of living Down Whether it’s the laid-back lifestyle or their world-class sporting venues, Australia is a destination that has always vividly appealed to South Africans. Judging by data given to us by Suffolk Law, plenty of our citizens are taking the plunge on the other side of the world.

The Perth-based legal firm been able to calculate how many people are enquiring about swapping Mzansi for Australia on a daily basis. Their figures are approximate, and also feature details about peak application times.

Karen Kotze is a migration agent for the firm. She says that her company alone get “up to 10 enquiries a day” for permanent migration. In fact, starting from last February, they recorded a high of “500 enquiries within a 60-day period” – which happened around the same time Aussie Home Affairs Minister Peter Dutton preyed on land reform fears.

The politician suggested that South African farmers who were scared by land expropriation without compensation should be given refugee status in Australia. The prompted a barrage of inquiries and a diplomatic incident.

How many people are emigrating to Australia?

The country itself has been working overtime with migrant applications. Recent calculations confirm that over 162 000 people had successfully settled Down Under, after achieving success via the following routes:

In terms of the “higher end” of the skilled immigrant scale, it would seem that the Aussies are getting both our brightest and wealthiest citizens, too. Suffolk Law’s findings have confirmed that South African investors and business migrants are among the top five nationalities securing their Australian visas in the past financial year.

They rub shoulders with the Chinese, British and Indian money-makers who account for the 7 000 high-net-worth individuals setting up shop in Australia, in the 12 months prior to June 2018.

Anyone with a personal wealth of AUS$800,000 (that’s R7.8 million, by our calculations) fits the criteria, and our millionaires remain seduced by the promise of a life lived almost exclusively on the coast.