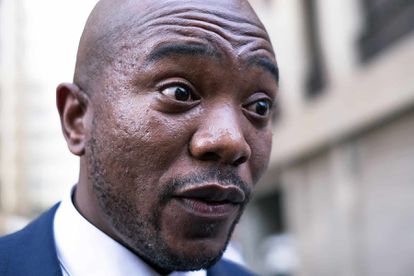 Twitter timelines have heated up with a fiery exchange between dance music DJs Maphorisa and Prince Kaybee, causing former Democratic Alliance (DA) leader Mmusi Maimane to intervene and call for a truce.

Over the past week, hitmaking producer Maphorisa has caused a stir on Twitter after he responded to fans who were concerned about his protege Kabza de Small’s health.

Twitter users had noted that Kabza, whose real name is Kabelo Mahlangu, looked tired at events he was working at and would apparently consume alcohol while working. Some concluded that Maphorisa was working Mahlangu too hard and called on him to give him a break and help him look after his health.

The duo have released two albums together and regularly perform around the country.

This exchange led to Maphorisa tweeting that Mahlangu had a bad record deal and was rescued out of it by him. As a result, the amapiano frontman now owned his masters or licensing rights to his music and was paid a high percentage of record sales, streams on online platforms and radio airplay that his music generated.

Prince Kaybee then responded that he was a successful business owner and had invested in property. He then challenged Maphorisa’s music career, saying he had more hit albums and records than Maphorisa.

Mmusi Maimane steps in as ‘peacemaker’

This is where Maimane chipped in, to the delight of Twitter users who have felt that his contribution to the debate had earned him the right to be considered “black again”. In the past, Maimane had been criticised for not being black enough for reasons, including his English accent and his leadership of the DA.

In his tweet, Maimane used slang words, such as bafethu (guys) and said he was the “Tazz of biceps” meaning that like the classic Toyota model, he was small but powerful.

“Mmusi Maimane is one of us now. He’s a black person again.”

While Maimane’s interference in the twar was welcomed, Maphorisa and Prince Kaybee ignored him and continued insulting each other. Their last slew of tweets ended with them showing off their snazzy wheels.