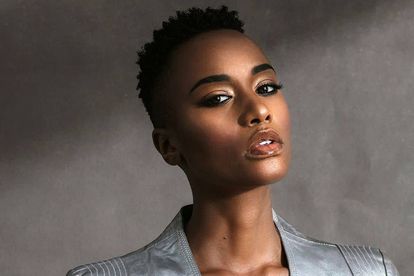 It’s been just over a month since her thrilling crowning as Miss Universe in December 2019. Living in New York for the duration of her reign, Zozibini Tunzi is becoming accustomed to the jet-setting lifestyle her work requires.

She’s currently on a work trip to Indonesia, where she’s shooting a television campaign with beverage brand YouC1000. Tunzi is yet to visit South Africa following her appointment as Miss Universe, but hopes around the country are high that after Indonesia, our country will be her next destination.

In an exclusive interview with Channel24, the beauty queen revealed that she’s planning to come home in the first week of February.

Even though dates for this trip have not been officially confirmed, Tunzi is not holding back on her homesickness and love for the country.

In a recent Instagram post she shared that even in the midst of beautiful Indonesia, South Africa is not far from her thoughts.

However, she did confirm that she is having a wonderful time exploring the country.

On Twitter, Tunzi had #MissUniverse trending after a post that was both emotional and humorous in it’s reference to her nickname for the country.

Responses were for her come back home as soon as possible. They ranged from sweet to affectionate and caring:

With typical South African playfulness, others felt it was important to let her know they could expedite a return. Offers of assistance ranged from helping with leave to suggestions of how to justify the trip.