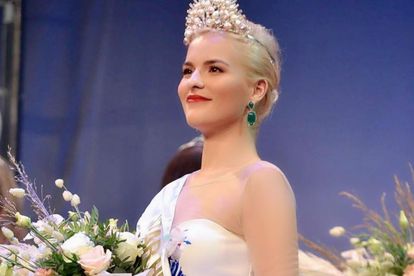 Another Miss Universe contestant has dropped out of the competition ahead of it’s finale in Israel next month.

Miss Universe Greece Rafaela Plastira made headlines this week after she announced she would be boycotting the global beauty pageant.

The 21-year-old revealed her love and support for Palestine – who have accused Israel of being an “Apartheid state” – was the deal-breaker for her.

MISS GREECE THANKS FANS FOR SUPPORT

Rafaela Plastira announced her exit from the Miss Universe pageant in a social media post.

She wrote: “Palestine you are not only in my mind every day but you have the most beautiful place in my heart forever …I am disappointed in Miss Universe for this! It was a childhood dream for me but I really don’t care. I CARE about my people!”.

“Humanity ABOVE beauty pageants! I wish I could do more for my people there! There may be lines on our maps but for me NO lines exist we all live together.”

Rafaela also thanked her followers for supporting her stance.

“It’s so beautiful to see how much love and support and understanding I get from all of you. I didn’t expect this love support..I really appreciate you all!”.

Miss Universe Greece is not the only contestant who will be a no-show at the pageant which takes place in Eilat, Israel on 12 December. Contestants from Malaysia, Indonesia and Laos have all bowed out. However their absence has been credited to the repercussions of the Covid-19 pandemic, and not a political stance.

Nelson Mandela’s grandson Mandla weighed in on the news on his Instagram page.

He shared; “We wish that all the contestants had the courage and wisdom that Miss Universe Greece had to disassociate herself from the evils of Apartheid Israel and be a voice for peace and justice for the Palestinian people”.

Mandla has also issued another call for countries to boycott the pageant – including Miss SA’s Lalela Mswane.

“Those who persist in participating in the Apartheid Israel pageant in December 2021 in Israel will be harshly judged by history just as all who supported the Apartheid regime in South Africa today hang their heads in shame and ignominy.”

Star GS Hellas, the organisation licensed for Miss Universe Greece, have denied reports that Rafaela Plastira was in the running to participate in the Miss Universe pageant next month.